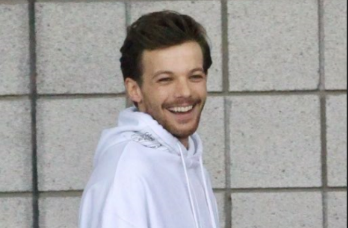 One Direction star had a message for his royal namesake!

The Duke and Duchess of Cambridge finally announced the name of their new Prince on Friday, giving him the moniker Louis.

And the little prince’s namesake, Louis Tomlinson, was clearly impressed, taking to Twitter to joke: “Young Louis welcome to the world. I’ll take you under my wing lad. The Adidas tracksuit is in the post!”

The message left some of the former One Direction star’s fans around the world stumped though.

“What is going on?” replied one. “I’m confused,” said another.

When confused fans where then told Louis was referring to the latest royal baby, one was still none the wiser, asking: “Who is the royal baby?”

In light of the news, another fan reassured the singer: “You’re the first prince from Doncaster.”

While the royals are said to have given their third child the name in honour of Prince William’s late relative Lord Louis Mountbatten, 1D fans are now convinced they must be secret fans of the pop group.

“Louis! You’re the first person I thought of when they announced the royal baby’s name!!” said one.

“He was named after a legend,” said another.

“The Royal family seems fond of the Tomlinson Family hahaha,” said a third, while a fourth wrote: “Named after king Louis Tomlinson from Donny lmao.”

“This obviously means the royal family are missing 1d and waiting on LT1 as much as us,” said another.

Other jokers Photoshopped the image of William and Kate outside the Lindo Wing so the popstar’s face was in place of their newborn.

William and Kate finally announced the name of their son on Friday following his birth on Monday.

A statement released by Kensington Palace read: “The Duke and Duchess of Cambridge are delighted to announce that they have named their son Louis Arthur Charles.

Linda Robson also joked on Friday’s Loose Women that the royals had asked her permission to copy her baby name.

She has a 26-year-old son called Louis.

“Kate and Wills rang me and asked if it was alright for them to call the baby Louis after my son,” the Birds of a Feather actress joked.

“I spoke to them this morning and said I had no problem with it whatsoever, so he’s now been called Louis Arthur Charles.”