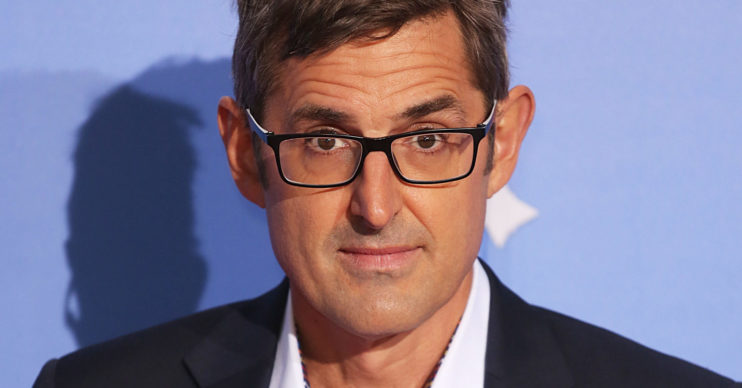 Celebrity Bake Off star Louis Theroux has sliced off the tip of his finger while attempting to make lunch.

Louis, 49, was trying to whip up carrot and coriander pancakes when the horrible mishap happened.

The documentary filmmaker was chopping up a red onion when he accidentally caught his index finger with the knife.

Louis has since admitted he “went pale” and had to “lie down” following the painful incident.

Taking to Instagram, Louis has shown off his wound, which is now wrapped heavily in a white bandage.

He also admitted he is yet to find the missing piece of his digit. Yuck!

Louis told fans: “Cut a small slice of my finger off while chopping a red onion for a Jamie Oliver recipe for carrot and coriander pancakes.

“Briefly went pale and had to lie down. Family not impressed by my lack of stoicism.

“Me too frankly. Still haven’t found the missing piece of finger.”

Louis married his long-term girlfriend and mother of his three sons, Nancy Strang, in 2012.

The family now live in the US, having moved there almost three years ago.

Earlier this year, Louis appeared on the celebrity version of The Great British Bake Off for Stand Up To Cancer.

And while on the show, he made history.

Louis decided to make his pizza-themed, using raspberry icing for the sauce, grated white chocolate for the cheese and dark chocolate drops for the olives.

Judge Paul Hollywood was so impressed that he gave him a handshake. Louis then convinced Prue Leith and Noel Fielding to shake his hand too.

Louis gushed afterwards: “I got three handshakes! That’s never happened before on Bake Off.”

Sadly for Louis, this didn’t secure him a win. Jenny went on to take the title of Star Baker.

During the show, Louis also admitted he has a”fascination” with Paul Hollywood.

He said: “His eyes…they’re like the eyes of an arctic fox, aren’t they?”

Louis added: “Why is he called Hollywood? What a ridiculous name.”