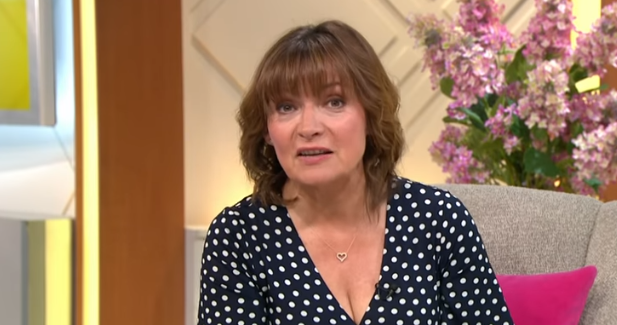 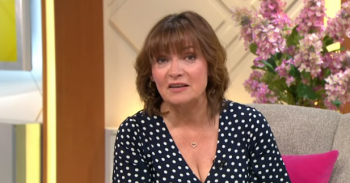 Lorraine Kelly opens up on heartbreaking illness of her close friend

Presenter Lorraine Kelly has spoken out on the importance of women checking themselves after her close friend was diagnosed with an aggressive form of breast cancer.

The 59-year-old Lorraine host said she was “floored” by her friend and producer Helen Addis’ illness and she hopes the story will help spread more awareness.

Lorraine opened up about the sad circumstances in the Mail On Sunday.

Speaking of Helen’s treatment, Lorraine said: “We hope we’ve seen the back of her cancer. And she caught it early, which means she has the best possible chance of being well again.”

Lorraine explained that Helen found a lump in her right breast in April last year and went to a doctor to be checked.

The TV star voiced how shocked she was by her 39-year-old pal’s diagnosis because she is “slim and fit”.

Lorraine wanted to speak out to urge other women to be more “vigilant” against the disease.

She said that Helen’s diagnosis came after a breast cancer awareness slot on her show with Dr Hilary.

“Her story is a stark reminder we all need to be vigilant about this disease, which affects one in eight women,” continued Lorraine.

The Scottish host also said she doesn’t feel embarrassed when it comes to talking about her breasts. In fact, she wants women to talk about their boobs more often.

The mum-of-one added: “It would be fair to say I talk about breasts a lot. I’m not shy. Our boobs are part of us and it should be as easy to have conversations about how to keep them healthy as it is any other body part.”

Lorraine has now started a campaign for more breast cancer awareness with Helen, which will see ‘change and check’ stickers put in women’s changing rooms in stores.

Helen revealed on her Instagram: “So excited to share this. It kinda makes the last year feel worthwhile. I’ve been working with @lorraine @lorrainekellysmith on a nationwide changing room sticker campaign which encourages people to check for signs of #breastcancer.

“So far @johnlewisandpartners @monsoon @asda @davidlloyduk have signed up and will have my sticker on the mirrors in their changing rooms. If it saves just one person then I’ll be doing the worm for life.”