Lorraine Kelly posted an Instagram photo alongside Pauline Quirke over the weekend, leaving her fans stunned.

Fans were delighted to see Pauline on Lorraine‘s Instagram, with many saying they miss having the Birds of a Feather star on their screens.

Over the weekend, Lorraine uploaded a photo to her Instagram that left many of her followers both stunned and delighted.

In the snap, Lorraine, wearing a denim dress, is smiling alongside Pauline.

They look to be standing in the middle of an audience at an event hosted by Pauline’s acting academy.

“With the glorious @thepaulinequirkeacademy this week at a special ceremony,” she captioned the snap.

“All about helping the local community,” she added.

Plenty of Lorraine’s 490k Instagram followers took to the comment section to gush over the picture of the two stars.

“Aww great to see Pauline, we need her back on TV acting,” one fan said.

“Aww miss seeing Pauline on the telly… she looks really well though,” another wrote.

“Miss seeing her but she looks happy,” a third commented.

“How gorgeous do you both look!” another gushed.

Back in 2020, Birds of a Feather came to an end with a Christmas special.

However, viewers were disappointed when Pauline didn’t make an appearance in the episode. ITV then revealed that it had no plans to make any more episodes of the show without Pauline.

This then sparked rumours that there was some sort of feud between Pauline and her co-star Linda Robson.

However, these rumours were finally put to bed back in March, when Linda posted a picture of herself and Pauline to her Instagram.

Paying tribute to International Women’s Day, Linda posted photos of some of her co-stars, including a selfie with Pauline.

“Happy International Women’s Day, here are a few inspirational ladies that inspire me every day!” she captioned the post.

“And to all you women out there – you are all amazing! Lots of love Nanny Linda.” 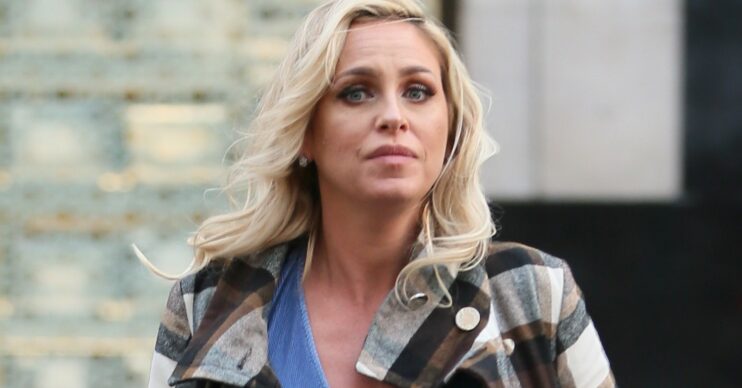