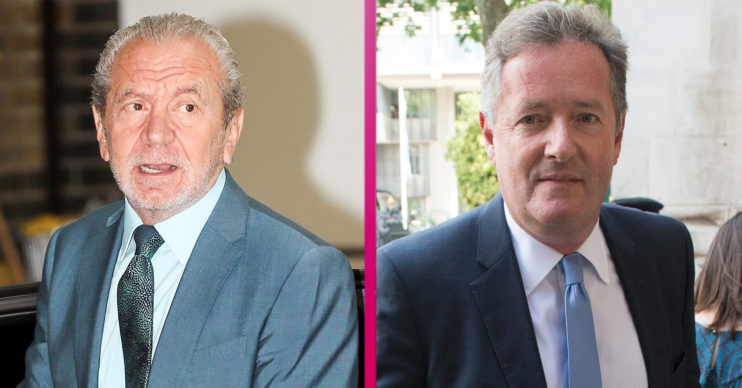 Piers teared a tendon in his leg

Good Morning Britain presenter Piers has been left on crutches after tearing a tendon in his leg.

The star, 55, shared a photo to Instagram of himself and his three sons Spencer, Stanley and Bertie.

In the picture, Piers is seen using crutches as they posed by the sea in Saint-Tropez.

Piers wrote: “Peg-leg. (nothing like tearing a tendon on Day 2 of a 6-week holiday).”

RT: @piersmorgan Peg-leg.
(nothing like tearing a tendon on Day 2 of a 6-week holiday) ⁦@StanleyMorgan18@spencermorgan93@Bertie_Morgan11
⁩ #StTropezRT:……COULD HAVE BEEN WORSE IT COULD HAVE BEEN YOUR VOICE BOX

Meanwhile, Piers has thanked his followers for their well-wishes.

He wrote on Twitter: “UPDATE: I’m deeply touched by the avalanche of ‘goodwill’ messages pouring in.

“I know my fans will be thrilled to learn that torn tendons are really [bleep] painful.”

In addition, Piers said: “But nothing a good French claret can’t cure.”

Piers has been holidaying in the South of France after hosting his final day on Good Morning Britain ahead of the summer.

Last week, he posted another photo with his sons Spencer and Stanley as they enjoyed lunch at Le Club 55.

The picture showed Piers with his arm around Spencer as he held a glass of wine.

Piers shared a snap with the legendary actress and joked: “Don’t you wish someone looked at you the way Dame Joan looks at me?”

Meanwhile, Piers and his GMB co-star Susanna Reid will return to the programme in September.

The controversial presenter joked he may leave GMB next year as Susanna said contract negotiations are still “underway” for 2021.

Piers read out a viewer’s letter on the show earlier this month, which said: “I thought I heard you state you were leaving at the end of the year.”

However, he then joked: “I’m not actually. End of next year… possibly.”

Are you missing Piers on GMB? Visit our Facebook page @EntertainmentDailyFix and let us know what you think of this story.