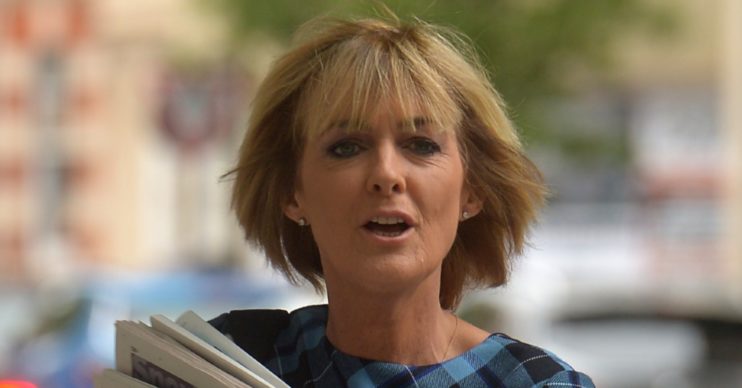 The presenter was supposed to be coming back Sunday

Loose Women star Jane Moore has had to cut her holiday in France short.

The daytime TV presenter, 58, told her Instagram followers she had to pack “in the dark” and “leg it” to the nearest airport to catch a flight home, to make it home before the new rules come into effect.

She shared a picture of herself sitting in the airport. In the photo, she’s wearing a face mask. Jane wrote in the caption: “This is what 4am hair looks like.

“Am in France and got up for a midnight tinkle. [Discovered] a phone alert that quarantine is being imposed from 4am on Saturday (thought it might not be until Sunday/Monday so was waiting for confirmation).

“So packed in the dark and legged it to the nearest airport. I managed to get pretty much the last seat on a @british_airways flight that [cost] a small fortune, on top of what I had already paid to come back anyway on Sunday.

“I feel like a jewel thief who has rolled under the vault security shutters just before they closed.

“Ah well, at least I managed to enjoy most of my holiday and I know that many of you haven’t been away at all, so I’m very lucky in that respect.

“See you @loosewomen on Monday.”

Jane concluded by asking her followers if they had also faced holiday disruption.

How did Jane’s followers react?

Some of her followers, however, questions the decision, leading to Jane explaining her actions.

One said: “What does rushing back to the UK before 4am so you don’t have to isolate mean, when you might already have it and will spread it anyway! All should isolate if coming back.”

Jane told them: “They should have done that in Feb, not now.”

Another commented: “I have a lot of respect for you Jane but not sure this is something to be proud of. It kinda misses the point, I’m afraid.”

The presenter replied, with a laughing emoji: “Do you think I should have stayed in France forever?”

Someone else, questioning the odd timing of the lockdown change, said: “So you are not regarded as being a potential covid carrier, but someone returning home after 4am Saturday is… yes that makes a lot of sense!”