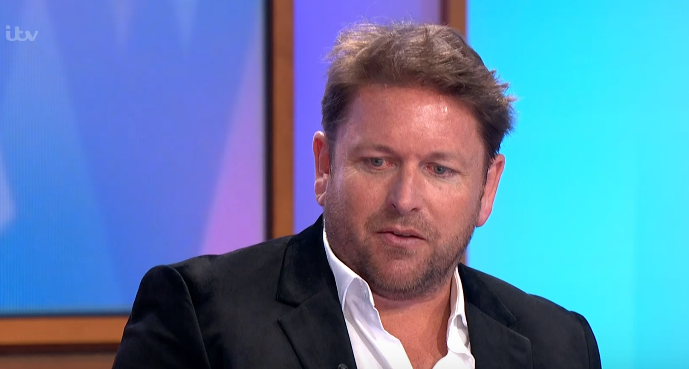 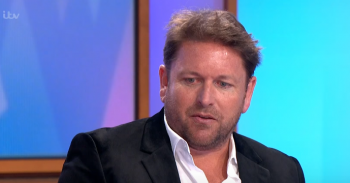 Loose Women viewers have branded the show’s hosts “hypocrites” for questioning James Martin about his weight.

The TV chef was on the show to discuss his latest series, James Martin’s Great British Adventure, and even brought in a selection of pancakes for the panel to taste.

He told the Loose Women that his mum accompanied him during filming, which included a pub in Yorkshire that served, in his opinion, the world’s best scampi.

James was then asked by show regular Janet Street-Porter if his mother was ever critical of his appearance.

Taking her question to mean his fashion sense, he told her: “100%! Hence I’m wearing a jacket.”

But Janet went on to clarify: “What about weight?”

He said weight is “quite a big issue” as his mum, who now has a big TV, is able to see all his shows that much clearer.

It follows similar comments he made last year, when he talked about losing weight because of HD technology.

James went on to confess that he’s “never been a little lad”, adding: “I’m six foot four and 18 stone.”

He admitted he was a “bit thinner” when he started on TV back in 1997.

James was then shown a throwback pic from his early days, having told the panel that he was somewhat thinner when his TV career got underway in the 1990s.

A number of viewers took to Twitter to call the panel out.

One said: “Can’t believe Janet commenting on James weight, what has it got to do with her, James is gorgeous just as he is, would love something cooked by James,love him.”

Someone else tweeted: “#LooseWomen are such hypocrites, do u think they’d ever ask a female guest what their mum thinks of them putting on weight or make such a thing of it…yet they go on about fatshaming all the time!!”

Read more: James Martin vows to keep private life out of the spotlight

A third wrote: “Why are the Loose Women grilling him on his weight? They wouldn’t do it to a woman. #loosewomen.” 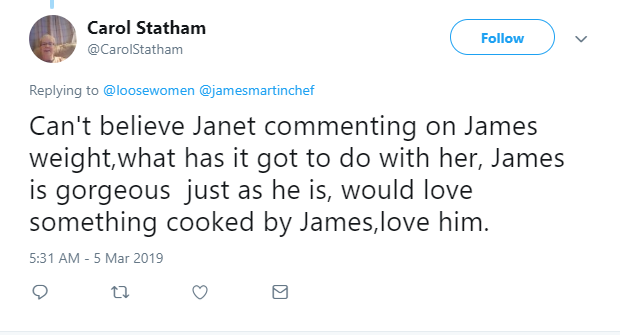 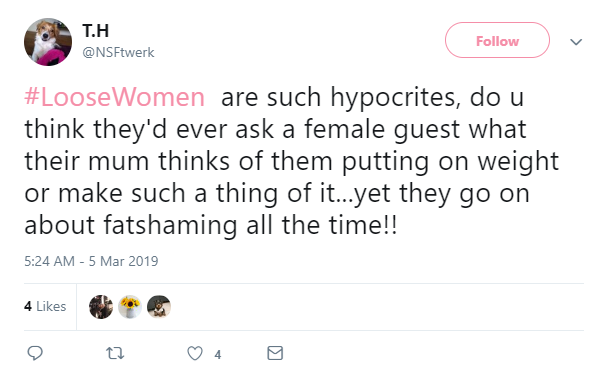 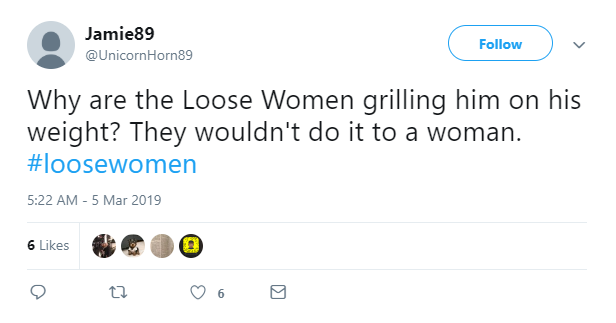 Another viewer had some kind words for James, tweeting alongside a winking emoji: “@jamesmartinchef I didn’t see @loosewomen today but I read there was a comment about your weight. Just wanted to say you are perfectly perfect just as you are! If I wasn’t a married mum of 4, you’d be my perfect cup of tea.” 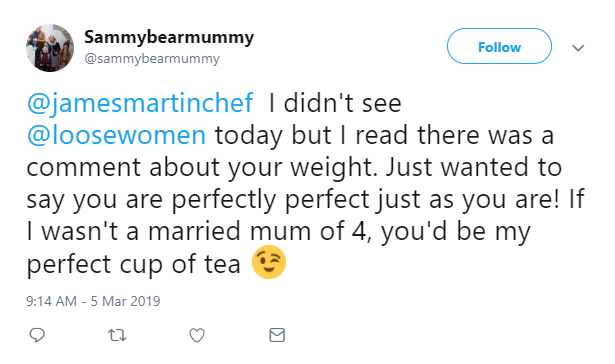 We agree that James looks just fine the way he is.

Do you think it was hypocritical for the panel to discuss James’ weight? Leave us a comment on our Facebook page @EntertainmentDailyFix and let us know what you think!