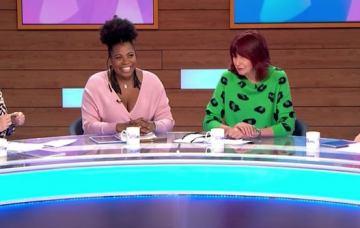 They had a blast from the past

Ruth Langsford and Janet Street-Porter were unrecognisable when they revealed their old childhood pictures on Loose Women today.

Ruth, 58, and Janet, 72, shared the black and white throwback snaps and people had trouble recognising them.

Ruth’s photo showed her next to a school friend and nobody was sure which one she was as she looked so different.

Janet then asked: “Which one is you?” She added: “The one with the dodgy hair grip?”

Ruth laughed and then had to point out that she is the girl on the right in the old snap.

Reminiscing on her school days, she said that she was “gawky looking” as a child, adding: “No make-up or anything like that.”

The straight-talking TV star joked about her headshot and added that she had “evil eyes” from a young age!

“You might think I look nice but look at those eyes…evil!” Janet remarked. 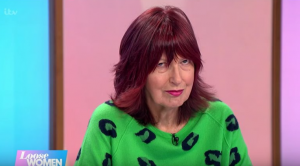 They were joined by panellists Stacey Solomon and Brenda Edwards and talk turned to what they were like at school.

Janet revealed she liked having strict rules as a pupil because it gave her something to “hate”!

The women were discussing whether or not fake tan should be banned in schools.

Stacey said she was for it as she used to feel “pressured” to look a certain way when she was a student.