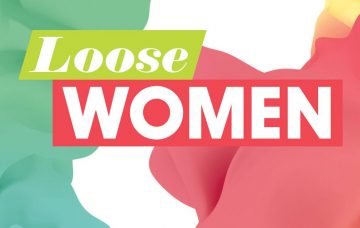 Host was "totally convinced" all was not well

Loose Women host Kaye Adams has opened up about a recent breast cancer scare, revealing she had been fretting about her health for a week until she was given the all-clear by doctors.

The 55-year-old presenter said in an Instagram video she was “totally convinced” all was not well because she didn’t ‘trust’ herself to examine her breasts properly.

TV personality Kaye also added she discovered she was using the wrong method to check herself – but urged women to be vigilant even if they don’t have similar worries.

Seen sitting in her car after a visit to her doctor, Kaye said she goes for two check ups a year.

“I go and get a doctor to have a feel because I don’t really trust myself so I’ve been in a state of sort of mild panic for the last week,” said Kaye.

She continued: “[I had] totally convinced myself that there is something there, staring at myself in the mirror, feeling and prodding the whole time.

“In the shower. In the morning. Lying in bed at night. By the time I got into that appointment I was totally convinced that there was something wrong.”

Despite Kaye’s concerns, her doctor said she was fine. But the star admitted thoughts about her health are never far from her mind, even though she had learned how to use the pads of her fingers – rather than the fingertips – when checking herself.

Anyone else a basketcase when it comes to your health? Check out the full film on our Nadia and Kaye Facebook page!

“Early detection is clearly really, really important but – and maybe it’s just because I’m a basket case, I’m fully prepared to admit that – but it just can tip into low grade anxiety, just constantly this low grade anxiety.”

Kaye added she now inspects her breasts once a month since learning she wasn’t checking herself correctly.

She explained: “Only do it once a month, not constantly as it’s just finding that balance between being vigilant and getting anything early, but not like me, being a basket case.”

Fans sent Kaye well wishes on Twitter and thanked her for raising awareness of the issue. Many others also shared their own personal health stories.

Thanks for sharing this Kaye. Glad everything is okay. And believe me…you aren’t the only basket case out there. I’m a proper loon about a lot of things!! 🤪🤪

You’re not alone…. Touching wood ALL day plus anxiety! It’s scary stuff….. Thinking of you ❤❤❤

Thank you, and thank you for talking about it, any awareness about checking breasts is important! X

First mammogram took 10 minutes and was painless. Second stage was longer but I was given great care by breast unit x

I have been invited to have my first breast screening next week, I am 49. I nearly cancelled it like a dentist appointment but know we should all go to be safe❤