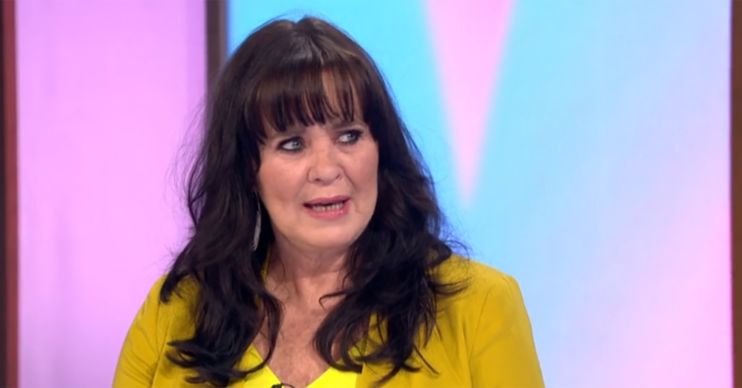 The ITV star is looking forward to enjoying some bedroom antics

Loose Women star Coleen Nolan has confessed she can’t wait to be intimate with a man again.

The TV star is gearing up to start dating again now lockdown is almost over.

Coleen, 56, opened up about her expectations during Wednesday’s episode of Loose Women.

What did Coleen Nolan say on Loose Women?

Some of the ladies admitted to being nervous about getting naked in front of a new partner.

Coleen said she felt the same, and could relate to worrying about how she looks.

“Yeah absolutely I can relate to it and it’s not even the act itself,” she said.

“It’s the thought of taking your clothes off again in front of someone new.”

She went on to reveal that she was stunned that some men feel the same way.

“I was quite shocked which is naïve of me,” she explained. “It was putting me off but now I have to say I can’t wait!”

Coleen added: “Honestly, I’m getting hot just thinking about it!”

What did Coleen say?

The ITV star had been dating, but recently broke up with the man she had been seeing.

She said he seemed to be unable to deal with “who she is” and her celebrity status.

Writing for the Mirror, she said: “I asked why he wasn’t replying and he told me he really liked me, but couldn’t handle who I was. I was so hurt and angry.”

She also recently admitted she was looking forward to having sex again after five years of  “eating sandwiches”.

She wrote: “I’ve always said on Loose Women that I prefer chocolate to sex because it lasts longer, tastes better and I don’t have to look nice while I’m eating it.

“I’ve been seeing a nice guy I met online, so hopefully I won’t have to rely on butties for much longer.”