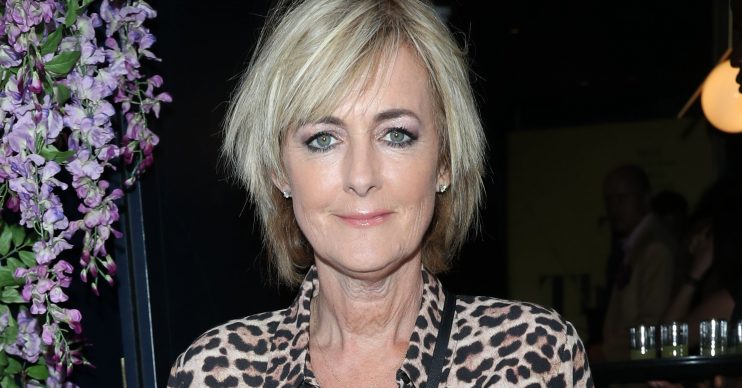 Taking to Instagram, Jane uploaded a snap of herself with her arm around the Walford legend and told fans she was “on fine giggly form”.

Popped in for a cuppa with The Dame who was on fine giggly form. Doesn’t she look amazing? I’m sure she’s got a painting in the attic #barbarawindsor @scott.mitchell3 #legend #eastenders

She captioned the pic: “Popped in for a cuppa with The Dame who was on fine giggly form. Doesn’t she look amazing?”

She added, in reference to the book The Picture of Dorian Grey about a man who maintains a youthful appearance while his hidden portrait ages: “I’m sure she’s got a painting in the attic.”

In the photo’s comments, Jane’s followers called Babs a “national treasure” and wondered how the two of them maintain their looks.

One said: “She is our national treasure.”

Another wrote: “Gorgeous pic, still as glamorous as I remember when I met her years ago. Lovely lady #nationaltreaure.”

A fourth said: “The two of you look amazing, getting younger looking. What’s the secret?”

Barbara played EastEnders’ Peggy Mitchell for 22 years, until she left the soap in 2016.

In May last year it was revealed the star had been diagnosed with Alzheimer’s.

Since then, her husband Scott Mitchell has been open about their struggle with the illness.

During an emotional interview on ITV’s Loose Women in March, he admitted he feels “powerless” as his “fiercely independent” wife continues to lose her memories.

He explained: “I have carers in now. I felt really bad at first, when I brought the subject up. Her initial reaction was, ‘Why do I want people I don’t know in my house?’

“Barbara is fiercely independent. That’s the difficult bit for her. I have to remind her why she gets confused. She calls it her blackouts.”

Scott added: “It’s hard to watch. For anyone who is going through this with a loved one my heart goes out to you. You’re powerless.”