Everyone needs a snuggle buddy!

Vicky Pattison was reduced to tears after meeting men who are paid to cuddle married women.

Yep, you read that right.

Channel 4’s World of Weird explored a service where young men are paid £650 a time to listen to women and hug them.

For a fee, Rose Sheep dispatch one of its employees who then sleep next to the woman – the company emphasise that it isn’t prostitution.

When the woman is ready to fall asleep, the sheep – as the company calls its workers – will have open arms for their customer.

Vicky was overcome with emotion when she discovered the women needed to seek comfort from other men.

The Geordie Shore star tried it out for herself, by cuddling with Shingo, a psychology student who charges £130 for two hours and £650 for 16 hours.

After the hugging session, she confessed: “I’m really confused.

“I was expecting it to be really creepy and for me not to relax once. I was so wrong. I really misjudged it.

“He is probably providing more comfort to these women than their husbands and after everything I’ve seen today, the fact that a woman isn’t getting just a conversation or piece of mind from her husband is the saddest thing.

The service, based in Japan, is called Rose Sheep and is owned by Suzumiya. 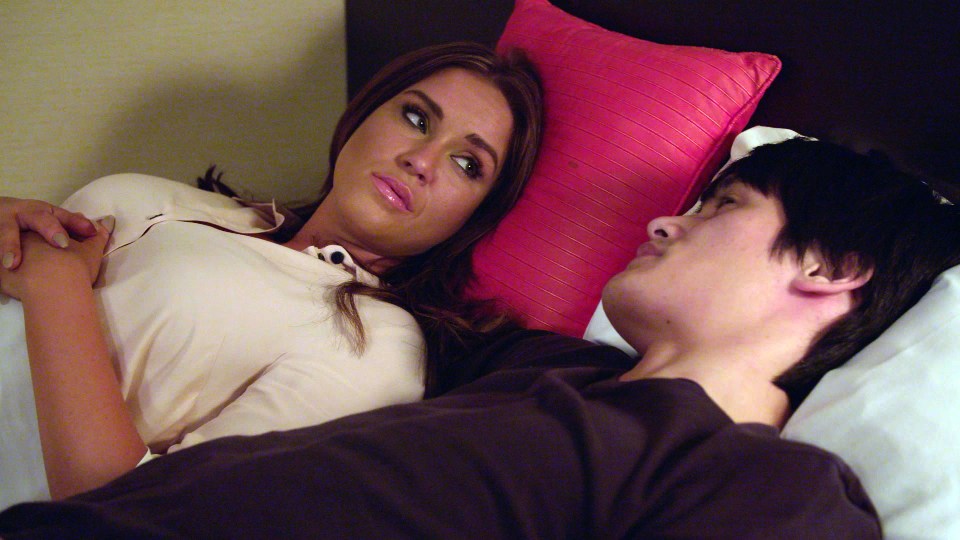 She said the cuddling service is increasingly popular with married women, with most clients in their 30s and 40s.

“The divorce rate is soaring in Japan and some women feel they can’t talk to their husbands or boyfriends so they need a mental partner to relieve the stress in their life.”

We can’t decide whether this is so sweet, or so very sad.