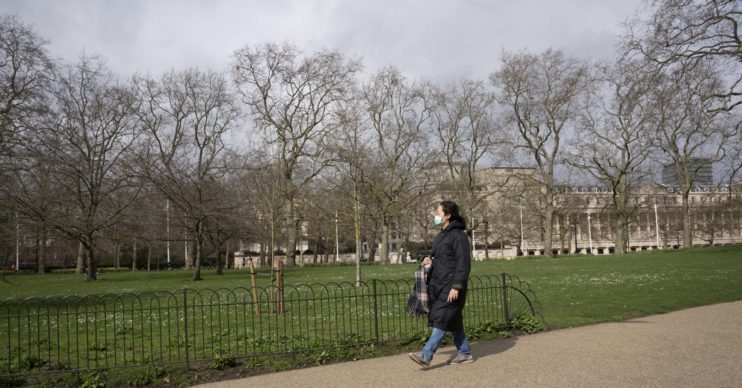 Social distancing must be observed

Brits who are missing friends and family members as the UK lockdown continues have been given a lifeline by the government.

Following Boris Johnson‘s address to the nation, it has been revealed that we can soon meet up with friends family members outside of our own household.

However, there are strict conditions to the meetings.

The meetings – which can happen from Wednesday (May 13) – must take place in public spaces such as a park.

Until now, different households have been banned from mixing. This was due to fear of spreading the disease and putting further pressure on the NHS.

UK lockdown laws also state that groups of no more than two people from different households can meet up at any one time.

So just to be absolutely clear, people cannot mix within the homes.

However, thanks to foreign secretary Dominic Raab, confusion reigns over whether you can meet more than one person – for example both of your parents – at the same time.

Speaking on BBC Breakfast, he said: “If you’re out in the park and you’re two metres apart and use some common sense and you socially distance, you can meet up with other people.”

He was also asked if people could meet their mother in the morning and father in the afternoon.

However, on BBC Radio 4’s Today programme, he appeared to contradict his own advice.

Asked if you could meet them both parents at the same time, he said: “You could if there’s two metres apart.”

Meet outside the home

He was also asked if family members from different households can meet in the garden or driveway of their home.

“We are not moving to a stage where we say that households can mix inside the home,” he advised.

Raab added: “So just to be absolutely clear, people cannot mix within the homes. That advice is not changing.”