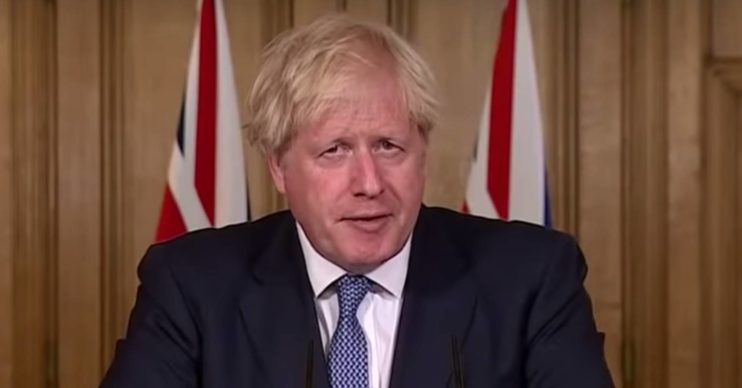 Lockdown riots could see the Army drafted in to support police, reports claim.

According to The Sun’s website, military forces ‘could be scrambled within days’ amid fears local lockdowns could spark civil unrest.

A SAGE report said of any developing disorder: “It will have a detrimental impact on public health, facilitating the spread of disease. [It will] make the re-imposition of measures to control the spread of COVID-19 next to impossible and would be likely to require military support.”

The Government advisors also suggested the UK would face “grave challenges to public order” due to the “volatile” coronavirus situation.

Read more: Stacey Solomon says Joe Swash ‘is on a mission to make her pregnant’

It also notes extreme right-wing groups are mobilising at a scale not seen for over 10 years.

The situation is precariously balanced.

Furthermore, the report forecast that cuts will leave the police less equipped to deal with disorder than in 2011.

It added: “Any resulting disorder could be of equal or greater scale to the 2011 London riots. Police capacity [has] diminished in the intervening years.”

The paper continued: “[A] security crisis would ensue, undermining public trust in Government and catastrophically undermining its Covid-19 recovery plans.”

More regional interventions on the way?

Media coverage of the report comes just over a day after parts of north west England went into ‘regional’ lockdown on late Thursday (July 30) evening.

The government was slammed for announcing the latest restrictions in East Lancashire, Greater Manchester and West Yorkshire only hours before they came into force.

People from different households are no longer able to meet indoors.

Leicester also remains in lockdown. More local lockdowns could be coming, too.

Professor Graham Medley said the most recent local lockdowns were “highly unlikely” to be the final regional intervention.

“The situation in the UK is precariously balanced,” he said.

“The smallest error could unleash a dynamic which will make the management of COVID-19 all but impossible.

“Put simply, a serious deterioration of public order could overwhelm all attempts to control contagion. [It could] overwhelm hospitals, the criminal justice system and hinder revival of the economy.”

Matt Hancock insisted yesterday that people not abiding by the rules was the reason for further restrictions.

He said: “We take this action with a heavy heart. But unfortunately it’s necessary because we’ve seen that households meeting up and a lack of social distancing is one of the causes of the rising rate of coronavirus.

“We’ll do whatever is necessary to keep the country safe.”

He continued: “One of the causes of this increase is households gathering together ignoring the social distancing rules.

“So we’re having to bring in firm action and say that two households cannot meet up indoors because that way we can help to stop the spread of the virus.

“And we’ve got to bring this in straight away because we can see those numbers increasing, we need to keep a control of this virus.”