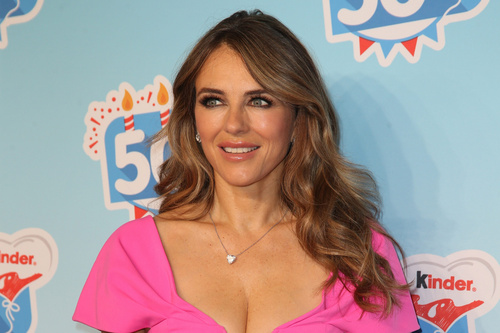 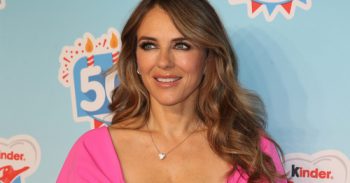 Liz Hurley and her son Damian are mourning the loss of their beloved dog Raja.

Liz’s teenage son was first to pay tribute to the pup on his Instagram account on Saturday with a picture of him and the black Labrador lying in the grass.

Writing to his 33,000 followers, 17-year-old Damian captioned the shot: “Rest easy little one. Heaven gained the sweetest, most loyal and kind dog today, will think of and love you forever and always.”

rest easy little one ❤️ heaven gained the sweetest, most loyal and kind dog today, will think of and love you forever and always x

On Sunday, Liz posted a picture of her holding Raja’s paw as he obediently gazes at his owner.

“Goodbye to my beloved Raja,” The Royals actress wrote. “May you chase bunnies for all eternity in doggy heaven. You were the best and most loyal friend for eleven beautiful years.”

Animal-lover Liz owns a number of pets, including another Labrador named Hector, who was reportedly run over last year by an Amazon driver outside her home in Herefordshire.

Goodbye to my beloved Raja. May you chase bunnies for all eternity in doggy heaven. You were the best and most loyal friend for eleven beautiful years ❤️

The poor pooch suffered a collapsed lung and broken leg as a result of the accident.

Liz’s sister Katie told the Mail On Sunday at the time: “(Elizabeth) had organised for the walker to take him out with two of our other dogs, and then the next I heard was Hector howling.

“He had staggered back to the house. He collapsed and was bleeding in my arms.

“We thought we were going to lose him, it was just hideous. The vet came and thankfully saved his life, which is miraculous.”