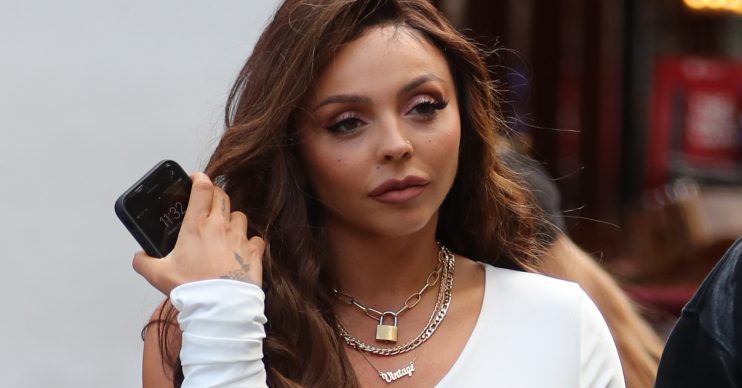 It really suits her

The former X Factor star, 28, uploaded a snap of her new do to Instagram on Friday (06.12.19) after swapping her brunette locks for lighter shades and a fringe.

Jesy posted a photo of herself staring into the camera and captioned it: “Fancied a change @aaroncarlohair.”

A number of her famous pals rushed to comment on the style, with Love Island‘s Megan Barton-Hanson posting a string of fire emojis and Laura Anderson, who was on the same series of the ITV reality show, simply commenting with a hands-in-the-air emoji.

I’ll have the business lady special…

Shortly after, Jesy shared two more photos as she posted in a dark button-up dress.

She told followers: “I’ll have the business lady special…”

‘I’ll have the business lady special..’

Earlier this year, Jesy made waves with a powerful documentary about mental health that detailed her own struggles.

Jesy Nelson: Odd One Out, aired in September, was a harrowing watch that stunned viewers with the revelation that the pop star tried to take her own life after cruel online trolls targeted her.

It told how a deluge of cruel messages on social media after an appearance on The X Factor in 2016, including from controversial Katie Hopkins, left her shaken and struggling to carry on.

Jesy’s boyfriend, former Love Islander Chris Hughes, spoke about the programme during a chat on This Morning – and grew tearful as he praised his “strong” girlfriend.

Discussing her reaction to the response the documentary received, Chris said: “She was completely overwhelmed. She rang me, bless her, 10 minutes after it aired. She was so overwhelmed, she just broke down on the phone to me. She’s a strong girl now.”

Wiping away tears, Chris told hosts Phillip Schofield and Holly Willoughby: “I don’t know why I get so emotional every time I speak about it.”