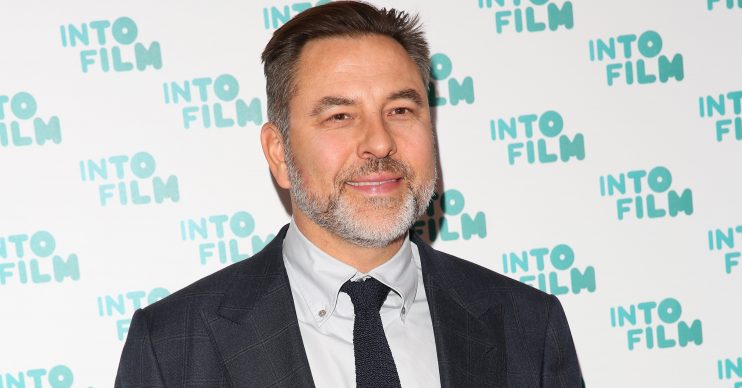 David is expected to open the ceremony with a skit

Little Britain is reportedly returning at the National Television Awards.

David Walliams – who co-created and starred in the classic BBC comedy with Matt Lucas – is expected to open the ceremony on January 28 with a skit which will see a new character auditioning for Britain’s Got Talent.

#LittleBrexit was recorded last night at @shawtheatreldn It will be on BBC Radio 4 on Thursday 31st of October at 6:30pm. 📷 @hogieaaa__

Read More: David Walliams and Matt Lucas finally back on friendly terms after fans call for a reunion

Asked what his dream is as he appears on stage, the new character says: “I have this recurring dream where I’m in a sauna with a very small towel on me and Simon Cowell walks in all oiled up.

“My dream is to present the National TV Awards.”

During filming at the London auditions for the talent show this week, David’s alter-ego also tried to tell some jokes for the audience, with limited success.

I would say there will definitely be some more Little Britain coming.

He quipped: “Did you know the same person does Drag Race and Bake Off?’ Their name is RuPaul Hollywood.”

While Simon, Amanda and Alesha buzzed him off, it’s said David gave himself a golden buzzer sending him through to the final as presenters Ant and Dec celebrated on stage.

Next week, David will host the National Television Awards for the first time after Dermot O’Leary stepped down after a decade at the helm.

Read More: Simon Cowell ‘storms out of BGT auditions’ after artists ‘uses his penis to paint his portrait’

This comes after David revealed there are plans for Little Britain – which ran from 2003 to 2005, with a BBC Radio 4 comeback in October last year – to make a proper return.

He teased: “I would say there will definitely be some more Little Britain coming. I can’t say when exactly but at the right time and place.

“It was fun coming back for radio because that’s where we started. We had to put it together quite quickly as it was about Brexit.

“Plus no one expected us to come back on the radio. You would have expected Comic Relief or a big live tour. The reaction was great, which was encouraging.”

LITTLE BRITAIN is back tonight! We did a one-off special episode for BBC Radio 4 called #LittleBrexit – tune in at 6.30pm or listen on the BBC Sounds app

The politically-charged special caught up with the characters – including Dafydd, Vicky Pollard, Emily Howard, Marjorie Dawes, Mr Mann, and Lou and Andy – to find out how Brexit is affecting their lives.

The show originally aired on the radio in 2000 before moving to the BBC as a TV series, which ran for three series and won back-to-back BAFTAs for Best Comedy Performance.