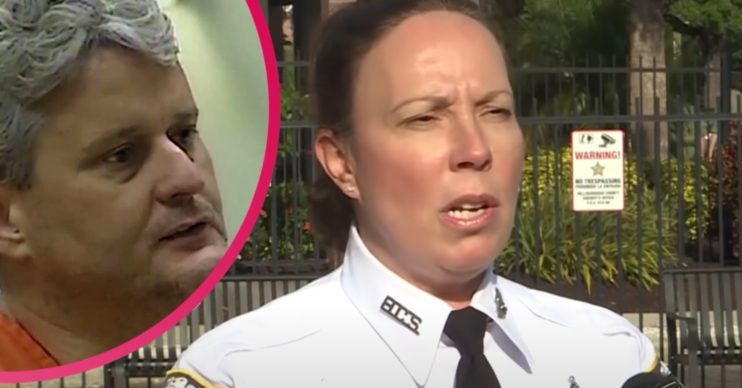 The Netflix film has renewed interest in the shocking case

Believe Me: The Abduction of Lisa McVey is the latest true crime story to take Netflix by storm.

The film tells the real-life story of Lisa McVey. She is the only surviving victim of serial killer Bobby Joe Long.

Now, this is her story.

Where is Lisa McVey now?

Lisa had a very troubled childhood. Her mother was an alcoholic and a drug addict. Lisa was also being sexually abused by her grandmother’s boyfriend.

“I was about to age out of the runaway centre, and they asked if I had any other relatives I could live with,” she said.

“They found my mother in a crack house, and she said I was on my own. Then my Aunt Carol and Uncle Charlie came and got me. They were the only people who ever showed me love.

However, her traumatic childhood was about to get worse.

She noticed a car following her, which was being driven by Bobby Joe Long. He knocked her off her bike and abducted her at gun point.

He then held her prisoner for over a day where he kept her mostly blindfolded. However, she could see occasional glimpses of the outside.

As a result, Lisa quickly realised that her only chance of survival was to escape.

She told Bobby that she was an only child and she needed to care for her sick father.

Lisa recalled to Fox News: “I said, ‘Listen, it’s unfortunate how we met, but I can be your girlfriend. I could take care of you, and no one ever has to know.’

“It really helped me to survive that attack. To use it psychologically to get inside his head and actually try and get him to see that I was a compassionate person.”

What has Lisa said about her ordeal?

Lisa credits the traumatic incident with saving her life.

Shockingly, before being abducted, it turns out she had been planning on killing herself.

Lisa explained: “When he released me and drove off, I took off my blindfold and saw this amazing oak tree. I had wanted to die before and now I wanted to live.

“I got a second chance at life.”

Read more: How was Sarah Hartley murdered and how did cops catch her killers?

Since escaping, Lisa has gone on to get her life together and become a respected figure in her community.

As a result, she now works in the same police department that found and arrested her captor.

In 2020, she said: “I’ve been in the Hillsborough County Sheriff’s Office for 17 years and a School Resource Officer for seven years.

“I’m at a middle school now. They know I’m Mama Bear. Nobody messes with my kids, and my kids know that,” she added.

Entertainment Daily has a section dedicated to Netflix news, reviews and spoilers – take a look for all the latest.

Believe Me: The Abduction of Lisa McVey is streaming now on Netflix.

Do you know this shocking case? Leave us a comment on our Facebook page @EntertainmentDailyFix and let us know what you think of this story.