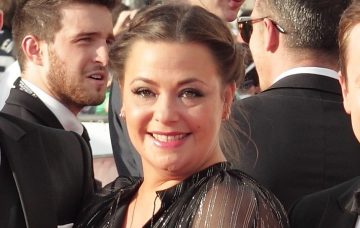 He's not shy of sharing his opinions...

Linking to an article headline: “Ant McPartlin’s not a victim”, Craig wrote: “I couldn’t agree more. ⁦⁩He may have issues, but ultimately he is responsible for his appalling behaviour.

“I do believe drugs and alcohol addiction is an illness but it’s not an excuse for such utter disregard for good humans. (Cont’d).”

The star, who was in the band Deuce with Lisa back in the nineties, added: “Go back to rehab, lose the enablers, the cheaters and [bleep]lickers. Take responsibility for your actions. Once you have done the work…. (cont’d)

“In a few years you might come to realize the pain you have caused and the irreparable wounds that can’t heal, and you will no doubt be full of remorse. But something tells me it might be too late. #sorrynotsorry”.

Another added: “👏🏻 i totally adore your loyalty to Lisa and love your friendship 😘”.

The furious rant comes after months of tense headlines between Ant and Lisa, 41, who were married for 11 years and together 23, before splitting in January.

The Strictly makeup artist reacted on Twitter with a series of heartbroken emojis when the news broke.

But in the last few weeks, Lisa has apparently made an effort to move on, spending time in LA and getting a glamorous makeover.

She also visited a tattoo parlour last week to get an inking on her left wrist.

We’re not sure what to think of Craig’s comments – but we love that he’s got Lisa’s back. We all need friends like this.

Have you ever attacked a friend’s ex? Leave us a comment on our Facebook page @EntertainmentDailyFix and let us know what you think.