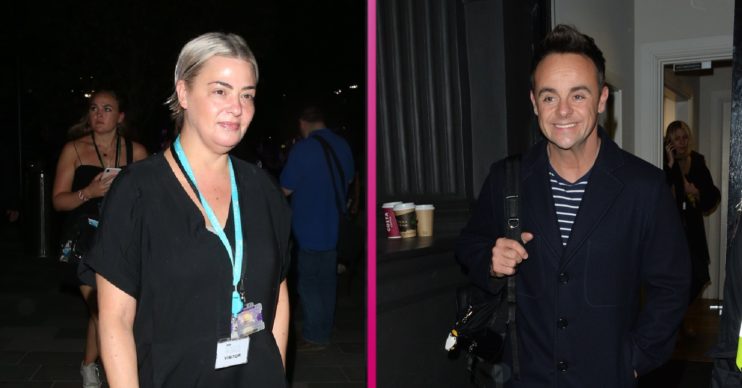 Lisa and Ant finalised their divorce earlier this year

Lisa Armstrong has seemingly proven she has ended her feud with Ant McPartlin after liking a tweet referencing her former husband.

The Strictly Come Dancing makeup artist, 43, showed her support to her ex by liking a video of his and Declan Donnelly’s.

Lisa and Ant finalised their divorce in April following a lengthy legal battle.

Keen to show the pair are amicable again, Lisa liked a comedy clip posted to Ant and Dec’s Twitter account.

The video shows the pair admiring a pen, which has a number of hidden features.

The TV duo filmed the hilarious sketch during their trip to Wales for the upcoming series of I’m A Celebrity… Get Me Out Of Here!

Lisa’s subtle nod follows on from reports she and Ant healed their rift for the sake of their beloved Labrador Hurley.

Since her divorce, Lisa has found love with new man James Green, 37.

The pair were spotted viewing homes together back in August, just weeks before going public with their romance.

Following the outing, the professional makeup-artist snapped up a five-bedroom house for herself after moving out of the one she once shared with Ant.

However, she recently revealed that the property is a “building site”.

Lisa told the Outspoken Beauty podcast: “I have literally just decided to move and buy a new house, move at the busiest time in my life.

“And my friend who is an interior designer has helped me out with the house and re-designed it.

“She has gone in like a bulldozer and now it is like a building site. Now I am in a hotel.”

Lisa added: “I am just having to deal with it. Getting a room service breakfast every morning is a right result. Grilled bacon, fried eggs….living the dream.”

What happened between Ant and Lisa?

Lisa and Ant, who wed in 2006 in a lavish ceremony at Cliveden House, announced their separation in 2018.

Following a bitter battle, the pair officially ended their 12-year marriage in April.

Lisa was reportedly allowed to keep their £5 million marital home.

Meanwhile, Ant has since moved on with the couple’s former PA Anne-Marie Corbett.