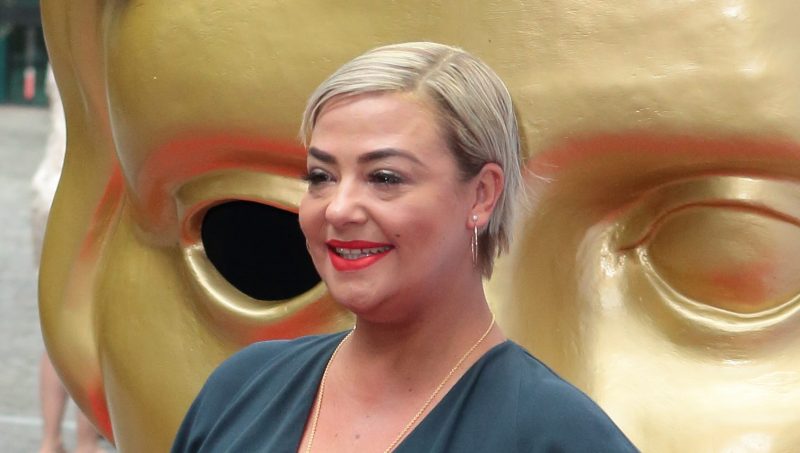 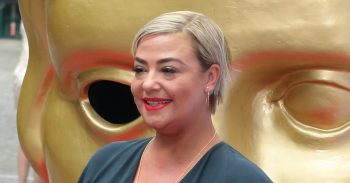 She's up for an award

Lisa Armstrong looked stunning earlier today as she posed alone on the red carpet for the first time since she split with Ant McPartlin.

The professional make-up artist, 42, wowed as she arrived as a member of the Strictly Come Dancing team at the British Academy Television Craft Awards on Sunday (April 28).

Sporting a grey-blue jumpsuit split with a plunging neckline, Lisa smiled for the cameras and looked super confident with her short blonde hair scraped back from her face.

Completing the look were a set of gold earrings and a gold pendant.

Earlier on, she took to Instagram to share a snap of herself getting ready for the big night out.

Her followers rushed to the comments to let her know how great she looks.

One wrote: “Need your eyebrows! Can never get mine right.”

Another said: “You’re a beautiful lady!”

A fourth told her: “Gorgeous senorita.”

A fifth wrote: “Lisa, a beautiful lady inside and out, every reason in the world to hold your head high.”

It follows a hint Lisa appeared to drop on social media, earlier this month, about a potential reunion with Ant.

The make-up artist ‘liked’ a tweet that offered a cryptic message about people who are destined to be together always ending up back with one another.

The tweet read: “People who are meant to be together find their way back, they may take a few detours, but they’re never lost.”

But if the confidence Lisa exuded on the red carpet is anything to go by, it’s not likely she needs a reunion of any kind.

It follows reports that their divorce proceedings had run into a kind of Brexit-style deadlock.

In October the pair were granted their decree nisi but in March, they reportedly hit a stalemate over certain terms of the separation.

Speaking to The Sun at the time, an unnamed source said the divorce case had hit “rock bottom”, adding: “It’s like Brexit. There’s no deal, no way forward and lots of bickering. It could eventually be decided by the courts.