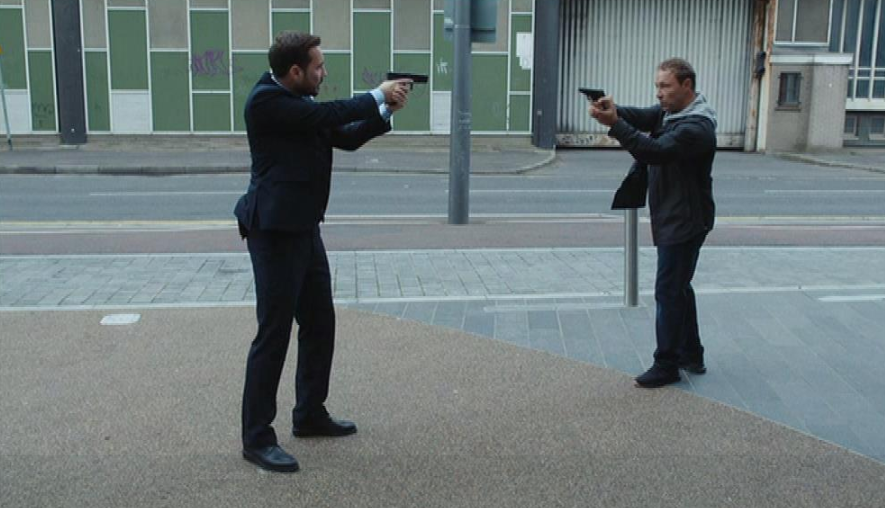 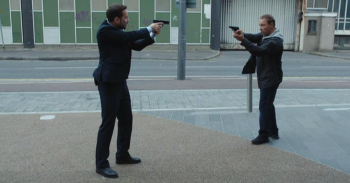 The drama was turned up to 11 this week!

Line of Duty episode four has left viewers even more confused – and traumatised – following a shocking murder at the close.

More evidence was pointing towards Ted Hastings being a bent copper throughout the nerve-shuddering hour.

But it was the death of undercover man John Corbett at the end of the episode that’s really got fans rattled.

Tonight’s instalment began with viewers discovering the fate of Mrs Hastings, who had been accosted at home by Corbett at the end of last week’s episode.

Ted visited her in hospital, and it was revealed that she had been subjected to torture in the manner of classic paramilitary punishment by a man with a Northern Irish accent.

Read more: Have you nailed all the acronyms in LoD?

When Ted discovered that Corbett was definitely responsible for the attack on wife Roisin, which he confessed during a tense meeting with Steve, the Super seemed intent on the UCO being killed.

Unbeknown to Corbett, Steve was wearing a wire and the pair were surrounded by FOs – firearms officers.

In a tense stand-off, Steve and Corbett pulled guns on each other… but the former went against his boss’s orders to shoot, instead choosing to trust Corbett, who gave him details of a proposed meet with H at a shopping centre.

Corbett warned Steve not to divulge the information for fear of a leak and him. of course, suspecting Hastings of being H, but he told the Super and – lo – H was a no-show.

Later we all saw Ted talking to John and Lisa online – them believing him to be H or, at least, a top boss in the crime outfit. As he barked orders, Ted spelt definitely wrong  – just as ‘H’ had last week. Proof that Hastings is H?!

Meanwhile, the UCG prepared to hand over the sex slaves to a rival gang, but uneasy Corbett told Lisa there was a way out of the deal, if she trusted him, which she claimed to.

But as he attempted to liberate the women, he discovered all too late – as his throat was being slit, in fact – that Lisa had double-crossed him.

Viewers were shocked to hell…

the whole nation after witnessing the ending of tonight’s episode #LineofDuty pic.twitter.com/b2JHQR4DIj

What did you think of tonight’s episode? Leave us a comment on our Facebook page @EntertainmentDailyFix and let us know!