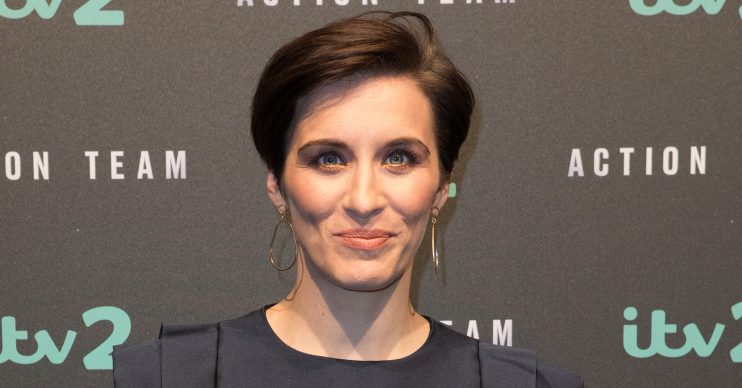 Line of Duty star Vicky McClure has revealed her new hair and fans love it.

The 36-year-old actress swapped her trademark short, dark hair for a lighter, warm blonde shade, showing off the new do on Instagram.

Her stylist, Louis Byrne, posted a snap of himself sat with a beaming Vicky and captioned the snap: “Had this beauty in the salon today @vicky.mcclure.”

Read more: When is Line of Duty series six on and 9 other questions after the series five finale

His followers rushed to comment on the pic and let Vicky know much they love the new look.

One said, alongside a heart-eyes emoji: “I want her hair.”

Vicky showed off her transformation on her own Instagram with a pic of herself enjoying a drink out with Line of Duty co-star Adrian Dunbar, who plays AC-12 gaffer Ted Hastings.

She wrote alongside the photo, “Lovely catching up with a certain ‘H’appy chap yesterday!” and tagged Steve Arnott actor Martin Compston to tell him she was “sad” he couldn’t join them.

Some fans noticed that Vicky and Adrian appeared to be rocking similar hairstyles, as one commented, “Love the matching hair” and another said, “Matching hair cuts as well, brilliant”.

Someone else put, “Same hair” while a fourth asked, “Are you both having a loveliest floppy hair competition?”

Actress Morven Christie, who recently starred as copper Lisa Armstrong in ITV crime thriller The Bay, commented on the post to call Vicky and Adrian a couple of “dreamboats”.

It might be a sign of withdrawal symptoms, since Line of Duty’s gripping fifth series drew to a close earlier this month, that so many others decided to ignore Vicky’s hair altogether and instead bombard the comments with references to Ted Hastings’ iconic colourful lingo.

“Is that a burner phone in his hands MOTHER OF GOD!” joked one Line of Duty fan.

Do you prefer Vicky’s new lighter hair to her darker look? Leave us a comment on our Facebook page @EntertainmentDailyFix and let us know what you think.