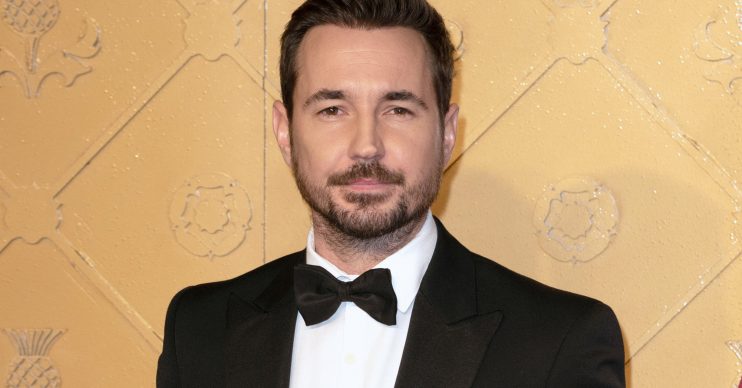 The actor was reportedly left shaken

Line of Duty’s Martin Compston narrowly avoided injury after a truck drove into his taxi.

According to The Sun, the taxi was waiting at a red light, when a recovery vehicle ploughed into the cab.

Martin – who plays DS Steve Arnott in the hit drama – was not hurt in the accident, but was left “very shaken.”

The cab driver, Derek Burton, claimed that the accident came out of nowhere, as he was driving the actor to his hotel.

“There was a thundering bang,” he said. “I thought it was a bomb. Martin screamed. We didn’t know what happened. We hadn’t seen the truck.”

He claimed that it was the size of the truck that made the accident so dangerous, as it wasn’t going that fast.

“It smashed into where he was sitting. Martin’s door was bashed in. It was probably doing 10mph but was so big it destroyed the cab.”

The actor took to twitter to joke about the accident, and reassure his fans that he was ok – referencing the show’s mysterious “H.”

Dash cam footage of the ‘H’ GV that tried to take me out. I’m all good folks, Sunday Brunch tomorrow then the big one #seriesfinale #lineofduty https://t.co/mhEjGy4VoL pic.twitter.com/4BNaJaqrni

“Dash cam footage of the ‘H’ GV that tried to take me out. I’m all good folks, Sunday Brunch tomorrow then the big one,” he tweeted, sharing an image from the show.

The Line of Duty series finale is set to air on BBC One tomorrow night at 9pm, with fans obsessing over the identity of “H.”

Martin shared his sadness at the series ending, posting a shot of co-star Vicky McClure to Instagram.

“When there’s only one episode left in the series. Can’t thank you all enough for staying with the show and spreading word! Back next Sunday for the 90minute finale,” he said.