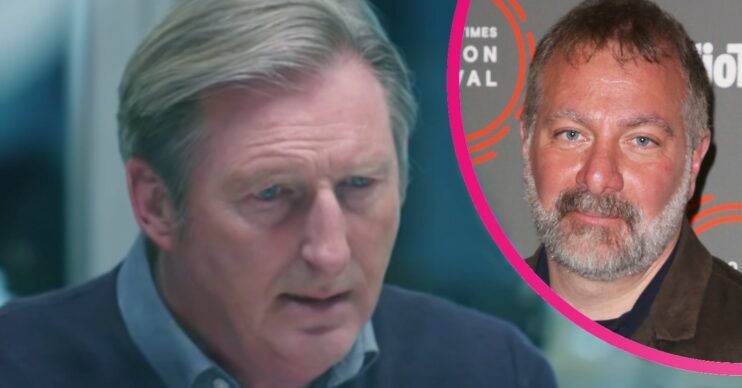 In some new Line of Duty news – creator Jed Mercurio says he has “no plans” to write a series seven.

Line of Duty fans were left on the edge of their seat throughout much of the series six.

The series finally revealed who ‘H’ was, but many fans still hoped this wasn’t the end of the show.

However, Jed says he doesn’t have plans to create a seventh series – or at least not anytime soon.

But when pushed about another LOD series, he initially said he hoped its huge fan base would help make Sleeper a bestseller.

What has Jed said about Line of Duty series 7?

He explained: “Well I think if Line of Duty fans propel Sleeper to the top of the bestseller charts, I think that will say that there’s a desire for more of my work, so that might motivate me.”

He then claimed: “Currently there are no plans, to answer that question seriously.”

Yet, he said he was absolutely thrilled with how well series six was received. And that another series wasn’t necessarily completely ruled out.

Jed continued: “We’re all so thrilled by the response to season six, it did so well.

“It’s fantastic to be part of something like that, an absolute once-in-a-lifetime experience that the cast and I really loved being part of.

“If there was a way, we’d obviously look at that seriously but just being honest with you right now, we don’t have a plan in place.”

“If there was a way, we’d obviously look at that”

Writer Jed Mercurio has lots of irons in the fire but does that include Line of Duty? 🧐⤵️https://t.co/1HW8DC72je pic.twitter.com/BNr58ZjLSo

One viewer tweeted: “This is terrible news” while another user demanded: “Well find a way Jed and make it fast!”

However, not everyone seemed so desperate for another series.

When did Line of Duty first start?

Line of Duty started back in 2012 and as of now there have been six series.

It has proven to be wildly successful with both viewers and critics alike – and has won the Royal Television Society Award and Broadcasting Press Guild Award for Best Drama Series.

Currently all episodes and series are available to stream on BBC iPlayer.

Are you a fan? Let us know on our Facebook page @EntertainmentDailyFix.