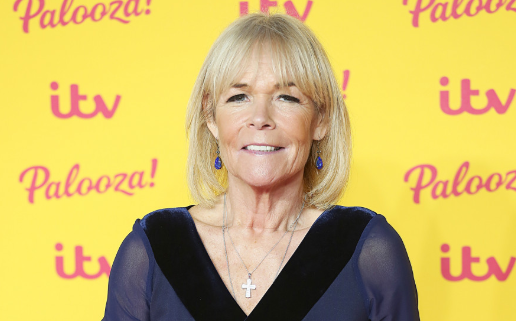 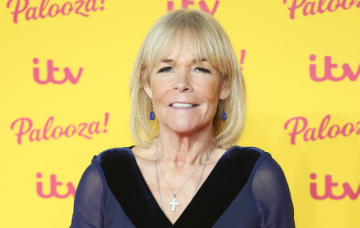 Linda Robson looked fabulous as she hit the red carpet at the 2018 ITV Palooza – an annual gala event – on Tuesday evening.

To complete her look, Linda wore black tights and a pair of black heels as well as blue drop earrings, a cross necklace and a purple clutch bag at the event, which was held at Royal Festival Hall.

Linda later proved she’s just like the rest of us as she was pictured leaving the venue with her heels in her hands.

Over the past 18 months, Linda has dropped three stone by giving up sugar and completely overhauling her diet after having a diabetes scare.

She embraced a new healthy regime after doctors warned she could be susceptible to diabetes if she didn’t make changes to her diet.

The star also recently revealed she’s taken up yoga twice a week with an instructor in London.

Fans have been lavishing praise on Linda in recent months, however, some people have urged the star not to lose any more weight.

Last week, Linda revealed her loved ones are incredibly proud of her achievement but do not want her to get carried away and lose too much weight.

She told the Mirror: “I am eating healthy and go to the gym a couple of times a week. If I haven’t reached my 10,000 steps I run around the kitchen and up the steps.

“But my husband and my two daughters have said ‘Mum, that is enough now, you need to calm down on the exercise front.'”

Linda, however, has assured them she has no intention of shedding more pounds and is happy to remain at her current 10-stone weight.

She added: “I feel the fittest and the best shape I have ever been in.”

Linda also vowed to gain weight during An Evening With Linda Robson, a special event in support of the British Lung Foundation held at The Gainsborough Hotel in Bath last week.

She said: “My husband says I don’t eat as much as I used to. But I do eat. I had a huge baguette with cheese and tomato earlier, and then risotto. But I think it’s all the exercise.

“I would like to put a little bit on, as my face feels a bit… [makes ‘gaunt’ gesture].”

During Tuesday’s Loose Women, Linda hit back people who criticised her for losing too much weight.

She said: “I’ve been on the front cover of so many magazines for being overweight with them saying, ‘look at the size of her now and what’s happened to her’, and now I’ve lost weight everyone is saying, ‘fans are begging her to put on weight.’

“I’m 10 stone, I’ve never been so healthy in my life. I go to yoga and walking and I eat healthy. I feel better now than I ever have.”

Have you been inspired by Linda to overhaul your diet? Leave us a comment on our Facebook page @EntertainmentDailyFix and let us know what you think!