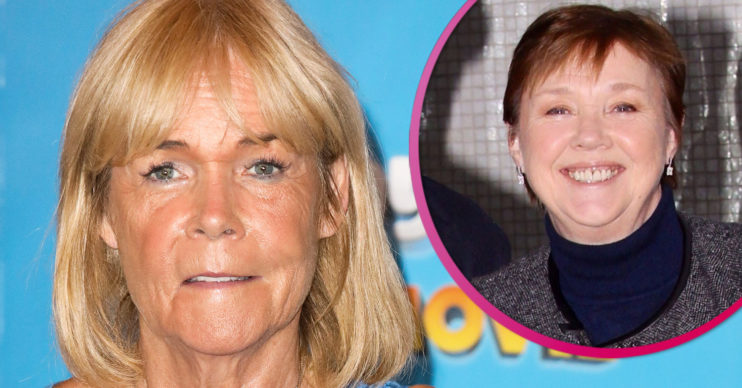 Reports alleged the pair had fallen out after years of friendship

Linda Robson has addressed reports she’s ‘fallen out’ with her Birds of a Feather co-star Pauline Quirke.

The Loose Women star insisted rumours of a rift between them is “a load of old codswallop”.

Reports suggested a series of rows were behind the decision for Pauline not to take part in the show’s 2020 Christmas special.

What did Linda Robson say?

The star told The Sun on Sunday: “Take no notice of what you’ve heard about me and Pauline falling out. It’s a load of old codswallop.

“Pauline just chose not to do Birds of a Feather. She wants to concentrate on her acting academy, that’s that. We’ve known each other since we were ten. We’re friends. Will Pauline return to the show? I don’t know.

“I just know that the Christmas special went down really well. ITV were really, really pleased.”

It came after reports claimed “real and tense issues” were the reason Pauline didn’t take part in the 30th anniversary special and later the 2020 Christmas special.

The insider told The Sun: “It’s a sad ending to what was one of the most endearing and popular friendships in television, Linda doesn’t believe they’ll ever speak again.”

Meanwhile, earlier this year, Linda spoke about Pauline’s departure from the show.

She said cast members and the audience had to “respect” that it was Pauline’s “choice” to leave.

In addition, Linda added to the Express that Pauline wanted to “focus” on her acting academies.

Linda, who plays Tracey Stubbs in the show, said: “Obviously people miss Pauline, but we have to respect that it was her choice not to do it any more. She wants to concentrate on her academy.”

Pauline played Sharon Theodopolopodous in the show since 1989.

During last year’s Christmas special, Sharon was written out with scriptwriters revealing she was “stuck on a COVID cruise”.