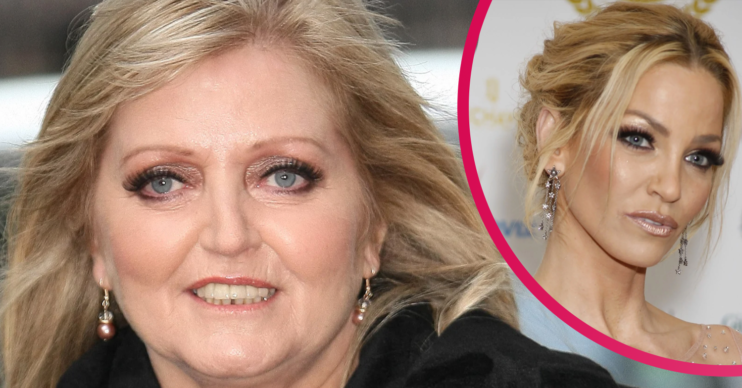 She offered advice and support to Sarah

Linda Nolan has penned a heartfelt and emotional letter of support to Sarah Harding, after the Girls Aloud star revealed she had been diagnosed with breast cancer.

The Nolan Sisters star, 61, said she was “shocked and devastated” when she heard the news.

What did Linda say in her letter to Sarah Harding?

Writing in her column in New! magazine, Linda began her open letter by saying: “I was so shocked and devastated to hear about your breast cancer diagnosis.”

Last month, Linda’s sister – Loose Women’s Coleen Nolan – revealed that both Linda and Anne had received their cancer diagnoses within days of each other.

It was revealed that Linda is suffering from incurable cancer of the liver.

It’s the third time Linda has been diagnosed with the disease.

She was diagnosed with breast cancer in 2006 and secondary cancer in her pelvis in 2017.

Read more: Linda Nolan admits she’s ‘scared’ as she opens up on her and sister Anne’s cancer diagnosis

“If I can say anything to you, the support you’ll get from the public will be amazing – it was overwhelming for my sister Anne and me,” Linda continued in her column.

“This is my third time of being diagnosed with cancer now and each time is just as scary.

What else did Linda say in her letter?

She continued: “But once you get your head around it – and you’ve got a supportive family, which I know you have – before you know it you’ll be at the end of your chemo treatments.”

“I started my chemo in June and thought ‘I’m never going to get to September,’ and now I’ve got two treatments left. And you get into a routine with it.

“As you’ve said, the doctors are amazing and give you so much support, but don’t be frightened to ask questions.”

Hi everyone, I hope you are all keeping safe and well during these uncertain times. I’ve not posted on here for so long, thank you to everyone who has reached out to check in on me, it really does mean a lot. I feel now is the right time to share what’s been going on. There’s no easy way to say this and actually it doesn’t even feel real writing this, but here goes. Earlier this year I was diagnosed with breast cancer and a couple of weeks ago I received the devastating news that the cancer has advanced to other parts of my body. I’m currently undergoing weekly chemotherapy sessions and I am fighting as hard as I possibly can. I understand this might be shocking to read on social media and that really isn’t my intention. But last week it was mentioned online that I had been seen in hospital, so I feel now is the time to let people know what’s going on and this is the best way I can think of to do so. My amazing mum, family and close friends are helping me through this, and I want to say a thank you to the wonderful NHS doctors and nurses who have been and continue to be heroes. I am doing my very best to keep positive and will keep you updated here with how I’m getting on. In the meantime I hope you’ll all understand and respect my request for privacy during this difficult time. Sending you all so much love….xx

She said: “Earlier this year I was diagnosed with breast cancer and a couple of weeks ago I received the devastating news that the cancer has advanced to other parts of my body.

“I’m currently undergoing weekly chemotherapy sessions and I am fighting as hard as I possibly can.”

It was also revealed that Sarah made private calls to each of her Girl Aloud pals to break the news.