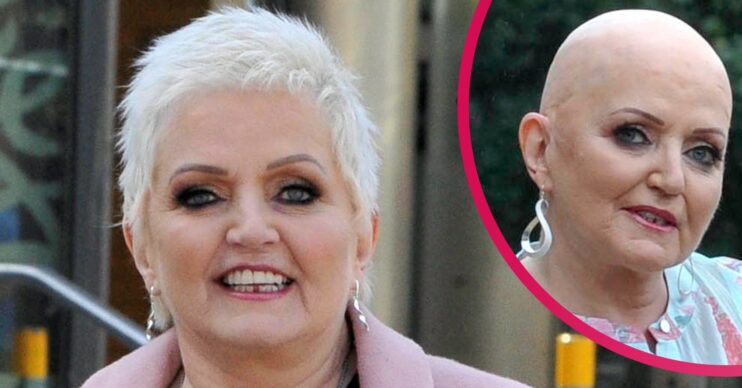 Linda Nolan admits she feels ‘vulnerable’ as she celebrates birthday

The singer has incurable cancer

Linda Nolan has reached out to fan on Twitter admitting she feels ‘vulnerable’.

The singer is battling incurable cancer and recent pictures of her out and about had fans hailing her as an ‘inspiration’.

But one fan responded to the images suggesting that while Linda is an “amazing” she must feel “vulnerable”.

She looked beautiful as she smiled for the cameras and enjoyed herself in London with friends.

Reacting to the images on Twitter fans rushed to compliment her.

“So beautiful, love you to bits,” wrote one.

Another added: “You are an inspiration to everyone.”

Meanwhile, someone else added: “A credit to life itself.”

What did Linda say about the pictures?

Linda gratefully retweeted a lot of the positive comments, but responded to one in particular.

The user wrote: “Linda Nolan is an inspiration to everyone but I do not doubt for one minute how vulnerable she feels in the face of her diagnosis.

“BUT how she feels with it and how she battles and presents herself with it is amazing and helps everyone with cancer. Go Linda!”

Linda wrote back: “Couldn’t have put it better myself.”

Couldn’t have put it better myself, Helen ❤️ https://t.co/3Bjl2PptDv

The Nolan sister is battling incurable secondary breast cancer and got the news in 2020 that the disease had spread to her liver.

Linda was first diagnosed with breast cancer in 2006, followed by cellulitis and lymphedema in her arm in 2007. She was diagnosed with secondary cancer on her pelvis in 2017.

Back in March 2020, she was told it was back and her liver was now affected.

Linda told the Mirror that she knew as soon as she entered the consultant’s office that it was bad news.

She revealed: “He turned to me and said the CT scan had shown something on my liver again. I asked if it was cancer and he said yes. It’s scary, I’m not going to lie. I try to be upbeat and positive but I had a really bad day when I got back.”

Linda said she put on a brave face for her famous singing sisters.

However, when she was back at home she said she broke down in tears and revealed she is “scared to death” of dying.

“I told my sisters I was fine but when I got inside my house, I cried. I needed to have that cry because I’m scared to death of dying,” she said.

Send your love to Linda on our Facebook page @EntertainmentDailyFix.