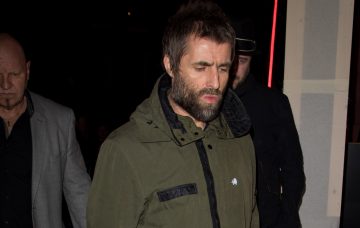 Reports claim he grabbed Debbie by the throat

Former Oasis star Liam Gallagher has denied reports that he attacked his girlfriend, Debbie Gwyther while the pair were out at a club.

The singer has taken To twitter to refute the allegations, claiming that “he’s never put his hands on any woman in a vicious manner”.

The Sun has reported that Liam assaulted Debbie while they were on a night out, with a source claiming he grabbed her by the throat.

“He was aggressively pushing her down the corridor,” the source said. “Then he stopped and turned away and she started to follow him.

“He suddenly wheeled round, reached out and pushed her by the throat with one hand while holding what looked like a bottle of beer in the other.”

The couple were in popular celebrity hangout Chiltern Firehouse in Marylebone.

The star was the reportedly escorted out of the club by security, who had been informed of his allegedly aggressive behaviour.

But Liam has denied that the incident, taking to twitter to claim the story is false.

“Firstly I have never put my hands on any woman in a vicious manner,” he said. “Secondly there is only 1 witch and we all know who that is as you were LG x”

Debbie has also used social media to deny the reports – responding to a fan who had expressed concern about her, in the comments of her most recent Instagram post.

The fan wrote: “I hope you’re okay Debbie, dont[sic] be scared to speak out on anything and know that some people on here support you and don’t blindly follow some celebrity cos he’s famous, hope you’re okay.”

Debbie replied to the comment, calling the report “fake news,” and suggesting the couple were considering legal recourse.

“Thanks for the kind words but you’ll be pleased to know it’s fake news,” she said. “I can’t comment more than that as we are taking legal action.”

Debbie and Liam began dating in in 2013.