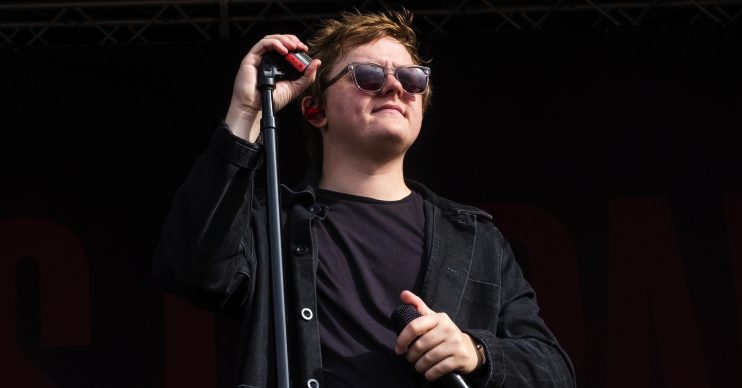 Lewis Capaldi wets himself on stage in a “new low”

Lewis Capaldi left fans open-mouthed as he confessed to having wet himself while performing in Edinburgh last night.

The Scottish singer-songwriter, 22, was midway through a gig at the Princes Street Gardens when he made the surprise announcement.

And the controversial star – who recently had a public run-in with Noel Gallagher – admitted that it was a “new low” in his short career.

Lewis, who was performing as part of the Edinburgh Summer Sessions series, revealed that he’d drunk a lot of water to get his vocals ready for the gig.

However, he’d clearly neglected to use the loo before his performance.

He told the audience: “I’ve been drinking water to stay hydrated – it’s good for the voice.

“Started needing halfway through [his song] Hollywood, and on that high note there a wee dribble ran down my leg.

“So I’ve basically [expletive] myself.”

The singer then told the crowd to keep schtum about the awkward incident.

He said: “I know there’s lots of us here, but me [expletive] myself stays between us, right.

“If there are any papers here, don’t write about it.”

Read more: Mel B lined up for her own chatshow after Spice Girls tour

In another noteworthy moment during the gig, a female member of the audience threw her bra at Lewis.

The singer proceeded to balance the offending item on his head.

Meanwhile, Capaldi appears to have made a new celebrity friend.

Yesterday, the singer took to Instagram to share a photo of himself with music legend Elton John.

He captioned the shot: “My life is [expletive] mental. Thank you for the free food, @eltonjohn.”