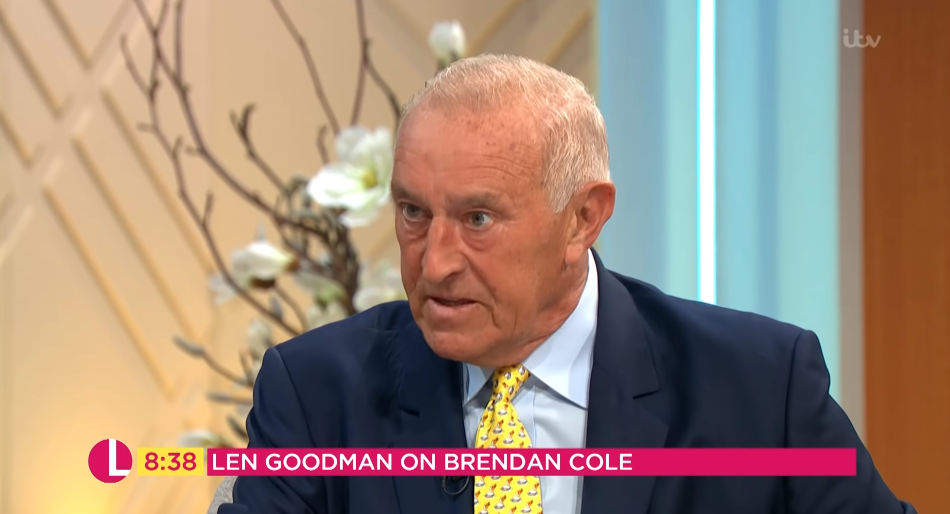 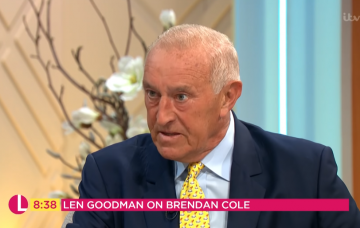 He said they clashed a few times on the show

Len Goodman has said although he and his former Strictly Come Dancing co-star Brendan Cole had “a few fall outs” on the show, they were still “good chums”.

The former head judge appeared on Monday’s Lorraine to promote Remember A Charity, an annual awareness week which aims to encourage people to leave a gift to charity in their Will.

During his appearance, Len spoke about his time on Strictly Come Dancing and its latest series, which launched at the weekend.

Len, 74, admitted he believes Strictly would be “better” with Brendan, who was axed from the show earlier this year.

Talking about his clashes with dancer Brendan, Len explained: “I liked the fact that we clashed. If you’re not careful the judges come over like bullies picking on people that can’t defend themselves.

Talking about Brendan’s departure from the show, Len said: “I think Strictly would have been better with him than without him.”

Meanwhile, Len said he doesn’t regret leaving the show in 2016 after 12 years.

He said: “It’s a bit like having a girlfriend and you part. It’s quite amicable and everything, it’s fine.

“Then suddenly, you see the ex-girlfriend with another geezer and you think, ‘Oh no, that what was my girl.’

Speaking about Shirley Ballas taking over his spot has head judge on the show, Len said he thinks she’s done a “terrific job”.

Len said: “I must say I think Shirley has stepped in and done a terrific job. She’s stayed herself, her own person.

“My philosophy all the time I was on it – be yourself and be honest. And if you do that, that’s what you’ve got to do.

“She didn’t try to be me, or anything like that. It must have been tricky stepping in.”

It was announced in January that Brendan had been dropped from the show.

Do you miss Brendan and Len on the show? Leave us a comment on our Facebook page @EntertainmentDailyFix and let us know what you think!