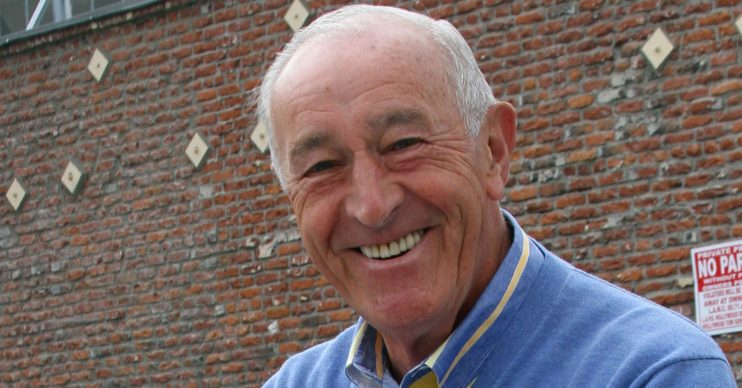 Len Goodman has undergone surgery to remove a skin cancer growth from his forehead, it has been reported.

According to The Sun, the former Strictly Come Dancing judge, 76, had an op earlier this month.

He now hopes to raise awareness about the condition, particularly among golfers.

An image shared by Melanoma Fund shows Len on a golf course with a bandage covering his surgery head wound.

The skin cancer charity has urged others to follow the TV star’s example and take sun protection seriously.

Len is also shown wearing a cap covering his head for the Slip! Slap! Swing! campaign.

The image’s caption reads: “Len Goodman has asked us to keep ‘spreading the word’ re. sun protection for golf.

He wanted us to use this image to inspire others to take the issue seriously!

“The ex-BBC Strictly Come Dancing judge was playing a few rounds with our ambassador Paul Way at The Grove – a Sun Protection Accredited club, and revealed he has just had skin cancer removed.

“He wanted us to use this image to inspire others to take the issue seriously!”

A source is reported to have said: “Len is recovering well.

“It was obviously a shock but he didn’t waste any time in getting it treated.

“He is now urging fans to wear sun lotion, especially as the weather has been so hot, and to check any moles they’re worried about with a doctor.”

Earlier this year, Len – who was a Strictly judge between 2004 and 2016 – indicated he was reluctant to stay indoors as coronavirus spread through the country.

Appearing on Good Morning Britain before lockdown came into place, Len also noted he would be staying away from large crowds.

“I had a nice walk out in the garden, over the weekend I met my son and his wife and my grandchildren in a park, we kept a safe distance.

“I don’t mean 100 yards away but we had a little chat, I didn’t kiss and cuddle anyone.”

He added: “I got myself out and about in a safe way as far as I’m concerned.”