Len Goodman gives his seal of approval to Strictly replacement

The BBC show's head judge is retiring after 10 years

It’s not only the final of Strictly Come Dancing this weekend, but it will be the last time Len Goodman appears on the show (Christmas special aside, of course – don’t panic!).

The head judge announced he was quitting the BBC programme earlier this year, and he has now given his approval for two people in particular to replace him.

Appearing on Good Morning Britain, he told hosts Susanna Reid and Piers Morgan: “To be honest, whoever the BBC pick I will be totally happy with. 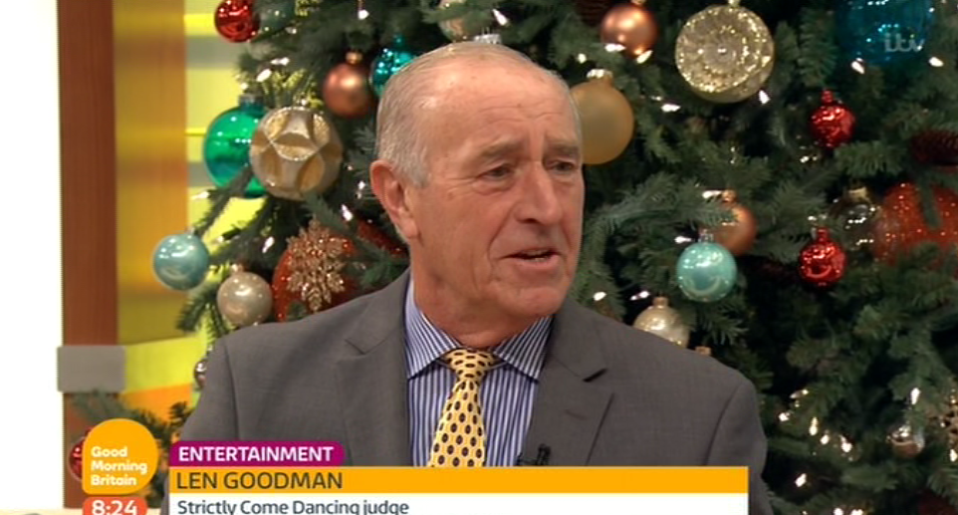 “I hope it’s someone from the world of Ballroom and Latin.”

Susanna pressed him further and said: “So we’ve got Anton, Brendan, Ian and Karen.”

Len quickly replied: “Yes, any of them.”

He added: “Even someone who is a surprise. 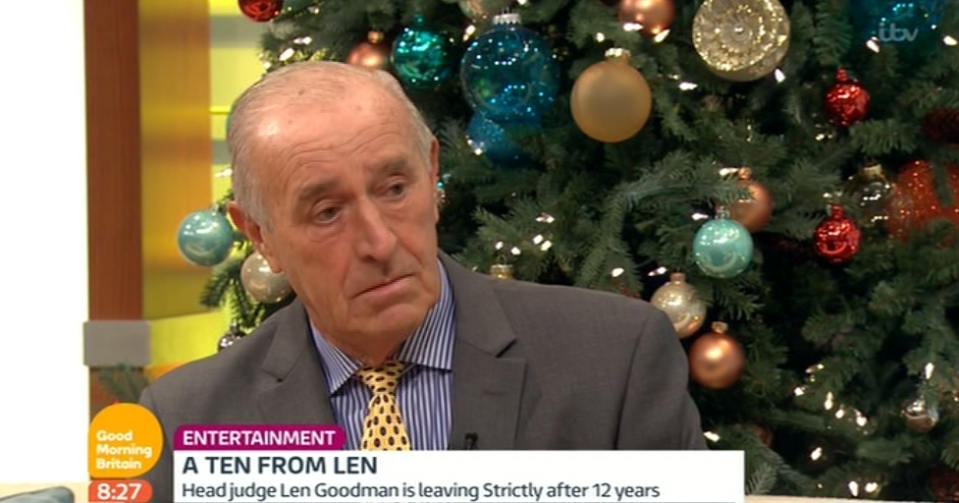 “None of us judges were known at all when we first got on.”

When asked if he would miss his role, which he’s had for 10 years, he said: “I’m sure in a year’s time I’ll be sitting at home saying to my old Sue, ‘I should have done it again’!

“I’d rather leave people say, ‘Ohh, we are going to miss you Len.'”

This news comes shortly after Brendan Cole bad-mouthed others who are ahead of him in the running to replace Len.

Karen Hardy, 46, and Ian White, 45, are both tipped for a place on the judging panel next series, as well as bookies’ fave Anton du Beke, 50.

And it appears that Brendan doesn’t understand why his former colleagues should be in the running.

During an interview on Good Morning Britain, Brendan said to Piers, of Karen and Ian: “Why would he be, why would she be?”

Asked about replacing 72-year-old Len, Brendan said: “Listen, that’s fine. I’m not going for the job. I would love the job.

“I’ve been a judge on the New Zealand version for five years. Len’s irreplaceable. Whoever does take the role has to make it their own.”

Who would you like to see as head judge?

Meanwhile, Len has made a surprising confession about one of the most controversial moments of this year’s series…

Cast your minds back to the second weekend of October, when Will and his partner Karen Clifton danced a salsa.

After the dance, there was a clash between Will and Len. The professional commented on a lack of salsa in the routine, but when Will interrupted his flow to protest the criticism, the judge barked at the singer to “turn up, keep up and shut up”.

According to Len, he was actually going to give Will some words of encouragement but after he was snapped at, he changed tack.

Len, 72, told The Sun: “I would have liked to have seen a bit more salsa content and he said ‘well there was 24 bars of recognisable’ and I said ‘well I didn’t see it’.

“But because he went on like that and I had that little line in my head it ended up as it ended up.”

Len then said that their row was not the cause of Will’s departure just days later.

“It was unfortunate that he went the week I said to him he has to ‘turn up, keep up and shut up’,” he said.

“But it wasn’t said in a vicious way. I said there wasn’t enough content which really isn’t even a pop at him – it’s a pop at the choreographer.

“I did ask other people if it was because of that he packed it in and I’ve been assured it wasn’t.”

Will walked out of the show on October 11 for “personal reasons”.

The grand finale of the current series airs tonight on BBC One at 6.40pm, with either Louise Redknapp, Ore Oduba or Danny Mac set to lift the glitterball trophy.