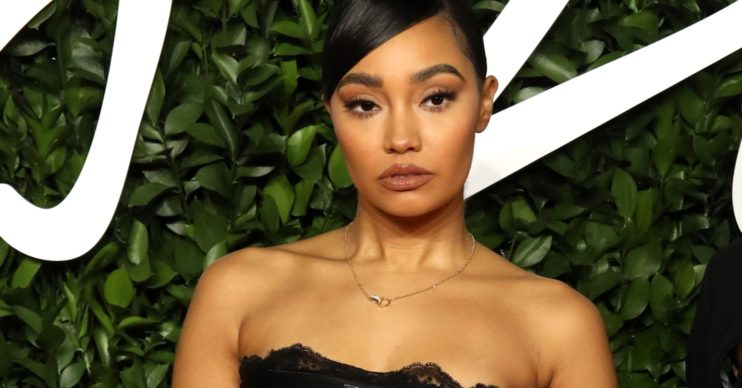 Leigh-Anne Pinnock told off by mum for topless Instagram pictures

Her mum said her pictures were 'a bit much'

Leigh-Anne Pinnock was told off by her mum Deborah for posting topless pictures on Instagram, telling her daughter they were ‘a bit much’.

The Little Mix star posted several pictures of herself cavorting on a sun lounger wearing just a pair of bikini bottoms last week.

What did Leigh-Anne say?

Leigh-Anne’s mum was less than impressed with her daughter’s raunchy display.

“I posted the picture and my mum was like, ‘Leigh-Anne! A bit much,’” Leigh-Anne reportedly told The Mirror, imitating her mum Deborah’s disapproving tone.

She went on to admit that her older sisters had also told her off.

Take me back to the island 🌴☀️

She may have upset her family but Leigh-Anne’s topless snaps delighted fans.

The post was met with a flurry of heart and flame emojis, with fans commenting ‘wow’, ‘omg’ and ‘stunning’.

Leigh-Anne went on to talk about how Little Mix are role models, saying the girls aren’t ‘rolling out of clubs or taking drugs’.

She added: “Boobs are lumps of fat. Who sexualised them? I feel like it’s your body, do what the [expletive] you want with it.”

Last week, Leigh-Anne and her footballer partner Andre Gray got engaged on their four-year anniversary.

Andre posted pictures to his Instagram of Leigh-Anne showing off her massive rock, as well as the moment he popped the question.

It looked as if the couple were enjoying a romantic date in their garden when the proposal happened.

Let the caption speak for itself this time. ❤️💍 Hasta la muerte.

The garden was decorated with hundreds of fairy lights, with Leigh-Anne looking cosy wrapped up in a blanket when Andre got down on one knee.

Leigh-Anne also shared an image showing off her ring, writing: “I’m marrying my soul mate, the man of my flipping dreams… I am lost for words, so I think I’m just going to go cry some more. @andregray_ I love you so much. My world is literally complete.”

Happy Anniversary baby… how has 4 years gone so fast! 😩❤️ all I know is I’m another year more crazy about you. I couldn’t love you harder if I tried ❤️❤️❤️

Earlier the same day Leigh-Anne posted a gorgeous picture of them kissing on an isolated beach.

“Happy Anniversary baby… how has 4 years gone so fast!” she wrote.

“All I know is I’m another year more crazy about you. I couldn’t love you harder if I tried.”