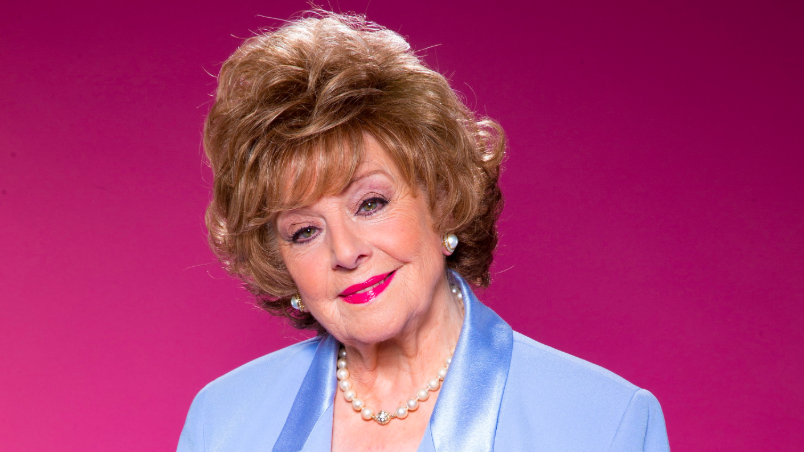 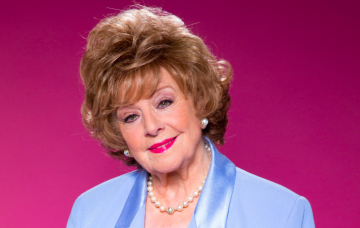 Samia Longchambon has revealed that she almost killed a Coronation Street legend in the salon.

The actress plays hairdresser Maria Connor in the show and has had her fair share of accidents on set, but one could have meant the show would have changed forever.

She said: “One time it was Barbara Knox (Rita) in the chair and I nearly ripped her head off.

“We’ve got the old-fashioned hairdryers, with the visor that comes down.

“Rita was under the visor and I just pulled it back without lifting it up and Barbara’s head just went with it!

But that’s not all, while Samia nearly relieved the legendary actress of her head, she also tried to absent-mindedly liberate Tracy Barlow’s fringe.

“Another time, I nearly cut Kate Ford’s (Tracy) fringe off,” she said.

“I had the actual hairdressing scissors and I don’t know what stopped me, I was just doing it.

“I was shaking afterwards and I said, ‘Kate, I think nearly just gave you a tuft instead of a fringe!'”

The actress also revealed how she has still yet to do a course in hairdressing, despite playing one on television successfully for almost two decades.

“I know little bits of hairdressing, but it’s very limited,” she said.

“Probably around 18 years ago, I should have done a hairdressing course.

“For years I got away with just folding towels, but we’ve had to up our game a bit.”

Would you let Samia near you with a pair of scissors? Leave us a comment on our Facebook page @EntertainmentDailyFix and let us know what you think!