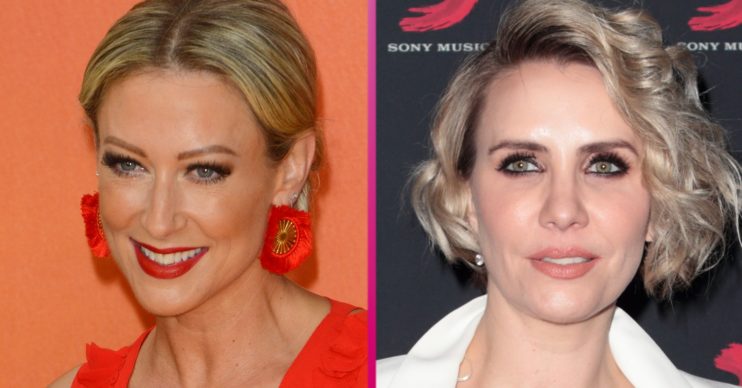 The group appeared on BBC Breakfast to promote the release on Friday (November 27).

COVID-19 has meant the Steps 2021 tour has been pushed back to November and December of next year.

What did pop group Steps say on BBC Breakfast?

Lee Latchford Evans and the rest of his bandmates appeared on BBC Breakfast on Friday where they chatted about ABBA comparisons and their futuristic new video.

However, things got a bit awkward when presenter Naga Munchetty got the name of their single wrong.

She introduced the single as Something in Your Eye and missed out the plural.

“To avoid any confusion, I think we said the video was Something In Your Eye which sounds medical, like a video you could watch to help you, it’s not that, right,” her co-star joked after showing a clip of the video.

Viewers rushed to Twitter to poke fun, with one saying: “That classic hit that we all need to cheer us up… There is something in your eye… oh @TVNaga01 when you get it wrong you do it in style. #BBCBreakfast.”

This Morning presenter Rylan has confessed that he’s a die-hard fan of Steps.

So much so in fact, that the band got him to narrate the advert for their album.

To make his obsession even clearer, it looks like Rylan is angling for a spot in the band.

The former X Factor contestant altered his Twitter cover photo to make it look like he’d joined the pop group.

What songs are on Steps’ new album What The Future Holds?

The new album features the band’s two singles What The Future Holds and Something In Your Eyes. The full track list is:

Steps are returning to the stage in 2021 to perform some of their biggest hits.

The What The Future Holds comeback tour will hit cities across the UK in November and December next year.

The tour will kick off November 2021 in Sheffield, and finish in Bournemouth that December.

Following her return to prominence during lockdown, the band have enlisted Sophie Ellis-Bextor to support them.