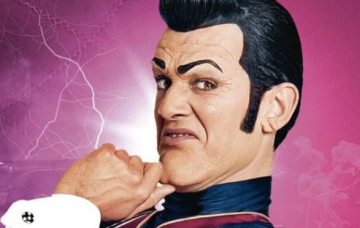 He battled cancer for two years

The star was best known for his role as villain Robbie Votten in the children’s show, which began back in 2004 and ended in 2014.

In a statement to TMZ, a  spokesperson for Stefán’s family confirmed he passed away on August 21 surrounded by his family and friends.

The actor was diagnosed with cancer two years ago and underwent surgery.

He appeared to be on the road to recovery, however, the cancer returned in March and was incurable.

Stefán released a statement to his fans at the time, saying: “It’s not until they tell you you’re going to die soon that you realise how short life is.

“Time is the most valuable thing in life because it never comes back.

“And whether you spend it in the arms of a loved one or alone in a prison-cell, life is what you make of it. Dream big.”

Following his second diagnosis, Stefán’s wife Steinunn Olina Porsteinsdottir wrote on Facebook: “Even though I knew for a long time that this day would come, it’s a difficult turning point.

“There is no cure for this.”

On Tuesday, Steinunn paid tribute to her husband and said won’t be having a funeral, but instead will scatter his remains at sea.

She wrote on Facebook: “My beloved, Stefán Karl Stefansson, 43, has passed away after battling aggressive bile duct cancer for two years.

“Per Stefán’s wishes, there will be no funeral. His earthly remains will be scattered in secrecy in a distant ocean.”

She continued: “Stefán’s family wants to express their gratitude for the support and warmth received in recent years, and to express their deepest sympathy to the many friends and fans of Stefan Karl.”

Fans have also taken to social media to pay tribute to the late star.

As well as playing Robbie Rotten on LazyTown, Stefán also had roles in Anna and the Moods, Polite People and Regina.

LazyTown followed the life of a pink-haired girl Stephanie and superhero Sportacus as they tried to liven up the town.

However, Robbie would regularly come up with schemes to try and ruin their plans.

The actor leaves behind his wife and four children.