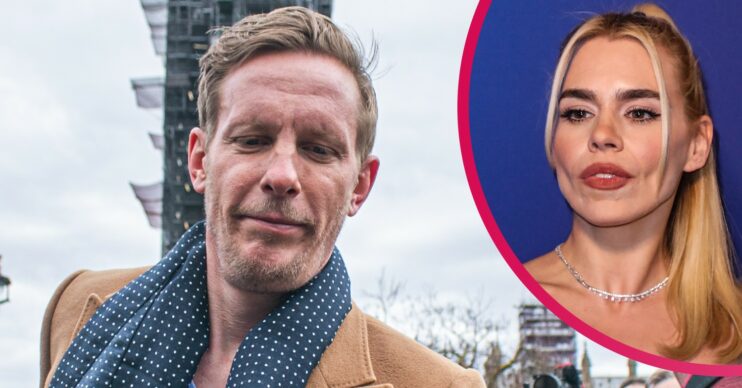 The controversial actor has branded it a 'morally corrupt regime'

Laurence Fox has said he has decided to pull his and Billie Piper’s children out of school.

The controversial actor, 43, spoke out amid reports that pupils aged 12 and up could be vaccinated against Covid-19.

In his latest outburst, Laurence has described the potential move as “morally corrupt”.

What has Laurence Fox said about his sons’ education?

Taking to Twitter, he shared a report about plans to introduce the vaccine roll out to children aged 12 to 15.

The Lewis star then said: “Every parent who loves their children should resist this insanity.

“I will not be sending my kids back to school.”

Do the brown jellyfish sting?

In a second tweet, Laurence continued: “I will educate my kids at home from now on.

“The rushed vaccination of children, for no reason whatsoever, shows how deeply morally corrupt this regime has become.

“I look forward to reading with them at home and staying the hell away from the authorities.”

Laurence, whose divorce from Billie was finalised in 2016, has become extremely outspoken in recent years.

In 2019, he told The Times he had become ‘radicalised against the woke culture that has stifled diversity of opinion’.

Laurence has since set up The Reclaim Party and stood in the London mayoral elections this year. He finished in sixth place.

But the star’s controversial views have seen him repeatedly make headlines, especially during the coronavirus pandemic.

Laurence told his followers that he bought the badge on Amazon.

He also wrote: “Thank you for being there for me. #anxiety.”

In November 2020, the actor bragged that he’d enjoyed a meal with friends despite a ban on indoor mixing.

He told his followers to “stay out” and “protect your rights”, but Piers hit back: “Why don’t you just shut up.

“Why don’t you think about the NHS and think about these heroic people, in hospitals across the country that are continuing to try and save the lives of complete strangers who have Covid-19, this lethal virus.

“Think about all the people who can’t go and see their loved ones in care homes because they are abiding by the rules.

Piers added: “I say, it’s not just about you, it’s about other people, the most vulnerable people in our society, elderly people, sick people, people who already have underlying conditions, it’s to stop them being killed.”