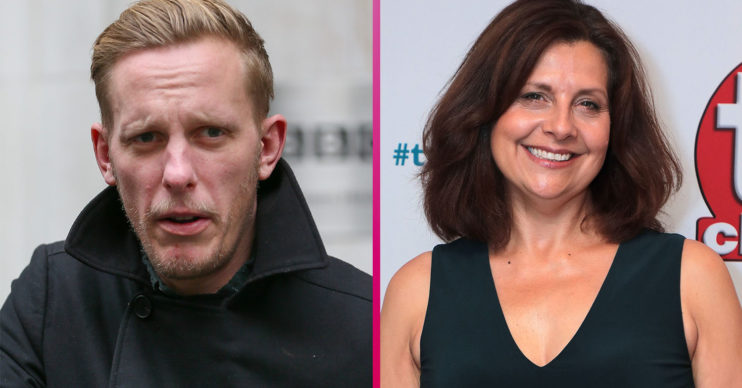 Says that it was a painful experience

Laurence Fox claims his Lewis co-star Rebecca Front has ‘cancelled him’ after a row about the Black Lives Matter movement.

The controversial actor, 42, shared a private conversation between the two on social media.

What did Laurence Fox say?

In a Tweet that has now been deleted, the Lewis star said: “The is the most painful cancellation I’ve had yet.

“From someone I spent 10 years working with, many lovely family dinners and lots of laughs.”

“Someone I thought was a friend,” he continued.

He subsequently went on to post a text conversation the two had, where Laurence asked why Rebecca had blocked him.

Why did Rebecca block Laurence?

“Oh Lol, I think it was the #AllLivesMatter stuff that really tipped me over the edge,” she told him.

The Thick Of It star continued: “It seems to me so glaringly obvious that – you’d have to be a psychopath to disagree – that it should be equally obvious that it doesn’t need a slogan.

Rebecca continued: “Their work opportunities are fewer, their health outcomes are far worse, the criminal justice system works against them.”

She went on to wish him and his family well.

Laurence has deleted the text and apologised.

“Earlier I tweeted a private message,” he wrote.

“It isn’t true to my values to make a private conversation public just to make a point.”

He continued: “I regret it. I would like to apologise to @RebeccaFront for doing so.

“I’m going to delete the tweet and try to build bridges than burn them.”

Where did it all start?

Back in January, Laurence was involved in a furious debate about Meghan Markle when he appeared on Question Time.

However, an audience member said: “Let’s be really clear about what this is, let’s call it by its name, it’s racism.

Laurence took issue and fired back:  “So to call me a white privileged male is to be racist. You’re being racist.”