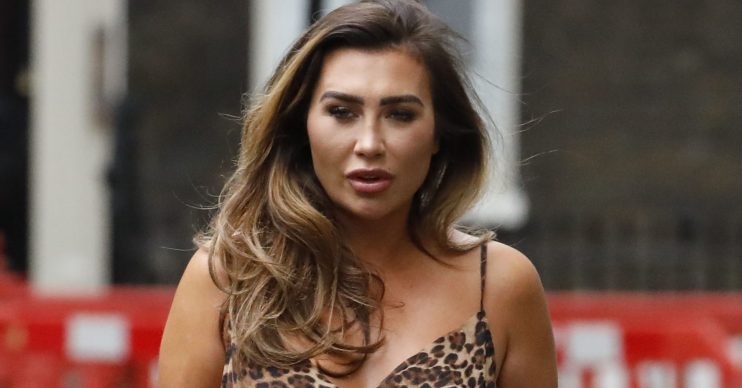 She says they don't talk to each other

Mark Wright recently quit his job in the States to head back to Blighty to spend more time with his wife Michelle Keegan.

However, that hasn’t stopped his ex Lauren Goodger from slamming the couple’s relationship.

Lauren, who is currently looking for love on Celebs Go Dating, has hit out at Mark and Michelle, who tied the know in an idyllic ceremony back in 2015.

She told Heat that she saw the couple at the gym and has branded their marriage “really weird”.

Childhood sweethearts Lauren and Mark starred in TOWIE from the outset, becoming engaged on screen and later splitting up.

She revealed: “I saw them both in the gym. They don’t talk. It’s really weird. I was like: ‘[Bleeping] hell, we weren’t like that.’ It’s like they don’t know each other. I’m just so glad that ain’t me.”

When you love what you have .. you have everything you need 💕

Asked if it was true that the warring former lovebirds had to be kept apart at the ITV studios recently, Lauren said: “It’s annoying because people say I always talk about him but I really don’t give a [bleep]. It has no relevance to my life now whatsoever.”

In another dig at her ex, Lauren also opened up about potentially returning to TOWIE for its 10-year reunion special.

She said it wouldn’t be awkward between her and Mark because she didn’t think he would sign up.

She added: “I did a photoshoot the other day and the photographer said to me that when they first shot me it was when I was with Mark and I wouldn’t talk or say anything. But now I am me and I do have a voice.”

It remains to be seen whether Mark will dignify Lauren’s comments with a reply.

Back in 2014, seemingly sick of Lauren’s jibes, Mark defended his relationship with Michelle in a tweet, which saw him tell Lauren to be a “proper woman”.

Its been well over 2 years and it still continues. I find it so disrespectful to myself but more importantly, my fiancé. Be a proper woman

Michelle recently revealed that she had finished filming the new series of BBC drama Our Girl and was no doubt pleased to be back home with her handsome hubby.

What do you think of Lauren’s comments? Head to our Facebook page @EntertainmentDailyFix and let us know!