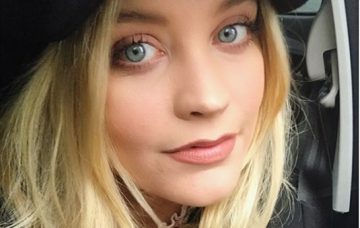 Presenter's opening up now she's in a stronger place

Laura Whitmore has opened up about her own experience of sexual assault.

The Irish presenter and model said she was assaulted in a nightclub while she was dancing with friends last year.

In an article for Irish magazine Hot Press, Whitmore wrote that now was the right time to talk about it because “personally I feel stronger and in a better position – and on a wider scale, the truth is that we’ve all had enough”.

“Initially I thought it was my boyfriend messing or a mate about to pinch my bottom – but the hand went under my skirt, between my legs, and firmly touched me,” Laura wrote.

“As I turned, I saw it was a guy who I did not know. He was laughing.”

The former Strictly Come Dancing presenter also hit out at the portrayal of women in the media and said she was “thrown into the lion’s den” during her time on the programme.

“Away from allegations of rape, and flawed judicial systems, what has really hit me is how women are portrayed in general.

All this shaming and degrading. In a sense, the ‘Me Too’ movement is just the tip of the iceberg.”

Her professional partner on Strictly, Giovanni Pernice, had split from Whitmore’s friend, Georgia May Foote, prior to the series and Whitmore said she ended up in “the middle of someone’s break-up”.

Whitmore wrote: “Once again, I was a ‘rumoured love interest’.

“The media saw me as blonde bait in a sequined dress,” she added.

“How have we sunk to this situation, where women are routinely reduced, and demeaned, in this way?

“It is impossible to understand, when everything about it is so wrong, so misguided and so vile.”

She added: “I know that compared to many people I have been fortunate.

“I love this life and I’ve been blessed with wonderful opportunities – but I’ve had enough of being trivialised and gossiped about.

“Women are not playthings – either of men or of the media – and should not be treated as such.”