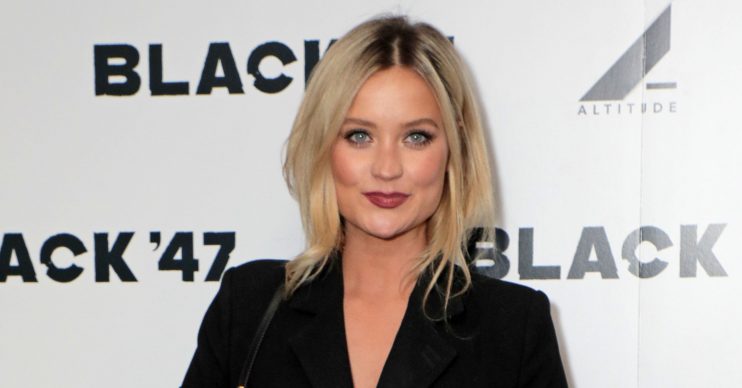 Caroline died at the weekend

Laura Whitmore and Iain Stirling have asked for privacy as they mourn the tragic death of close friend Caroline Flack, who died at the weekend.

Laura – who took over from Caroline to present the winter series of Love Island – and boyfriend Iain, the show’s narrator, were close friends with the star.

And now Laura, 32, took to social media to share a poignant and powerful message.

Laura sent the message via Twitter as she landed in South Africa to film for the show.

“I landed in Cape Town this morning and it is the first time I’ve been with Iain since Caroline passed away,” she began.

“It’s been really hard being apart. At the airport, a photographer took pictures of us both and we tried to ignore it but he continued to follow us as we got coffee and left the building.

At the airport, a photographer took pictures of us both and we tried to ignore it but he continued to follow us as we got coffee and left the building.

“So I asked him would he stop as he had what he wanted. I said we were mourning a friend and could he allow us space. He said ‘can you give me a reaction. It’s a public place and I can take pictures if I want’.

“I have never courted the paparazzi but understand at work events it comes with the territory. But this morning was too much. Iain filmed him and he didn’t like it.

Iain touched the nation when he provided a moving tribute to his friend on Monday night’s Love Island.

He concluded it by saying: “Caroline, I want to thank you for all the fun times we had making our favourite show. You were a true friend to me. I’m gonna miss you, Caz.”

Meanwhile, Laura paid her own tribute to Caroline on Twitter.

She shared a poem which said: “To lose someone so special is really hard to bear, it hardly seems believable that you’re no longer there. You left us far too early before your time, it seems and now you’ll never have the chance to fulfill all those dreams.