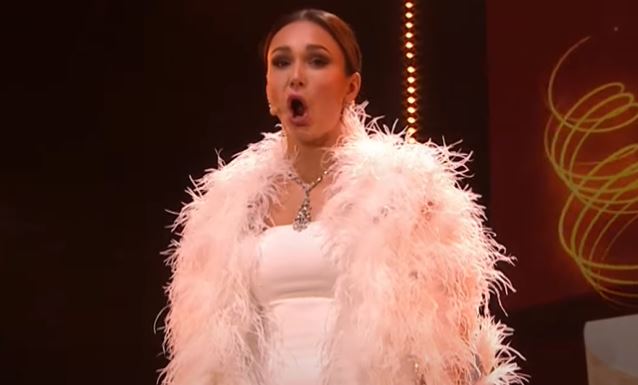 The BBC could axe the songs in wake of the Black Lives Matter movement.

The BBC could ban certain traditional songs from being played at this year’s Last Night of the Proms.

Patriotic tunes Rule Britannia and Land of Hope and Glory could be axed in response to the Black Lives Matter movement.

Why could the Proms drop Rule Britannia?

Both songs contain controversial lyrics. The anthems are associated with colonialism and slavery.

The annual concert is a celebration of classical music and British tradition.

Each year it is held at the prestigious Royal Albert Hall before an audience of around 6,000.

It is also broadcast live on the BBC on both radio and television.

How will the concert be different this year?

However, this year could include several major shake-ups.

In addition to the above songs potentially being cut out, it will also go ahead without a live audience.

This is due to COVID-19 social distancing requirements.

Social distance rules will also limit the number of musicians allowed on stage at a time.

Often there are around 80 musicians on stage at any given time at the Proms.

But this year there may be as little as 15 allowed to perform on the big night.

A ceremony without an audience is the perfect moment to bring change.

Jan Younghusband, head of BBC music TV commissioning, confirmed to the Daily Mail that the final set list is still under review.

She also said that it may be logistically impossible to perform Rule Britannia under the strict new regulations.

Read more: Rochelle Humes in tears as she reveals she ‘tried to scrub her skin off’ in video about racism with husband Marvin

Jan said: “We have a lot of problems about how many instruments we can have. It is hard to know whether it is physically possible to do [Rule Britannia].

“Some of the traditional tunes, like Jerusalem, are easier to perform … We also don’t know if we’ll be in a worse situation in two weeks’ time.”

Why are these songs controversial?

The Sunday Times first reported that the two songs are on the chopping block.

The article says that Proms conductor Dalia Stasevska, from Finland, is a huge supporter of Black Lives Matter.

A source told the paper: “Dalia is a big supporter of Black Lives Matter and thinks a ceremony without an audience is the perfect moment to bring change.”

Critics of Rule, Britannia! often take offence at the verse: “Britons never, never, never shall be slaves. The nations, not so blest as thee, Must in their turn, to tyrants fall, While thous shalt flourish, shalt flourish great and free.”

Land of Hope and Glory, was similarly, created to celebrate Britain’s international power, triumph and Empire.

ED! contacted the BBC for comment on this story.

Do you think these songs should be banned? Leave us a comment on our Facebook page @EntertainmentDailyFix.