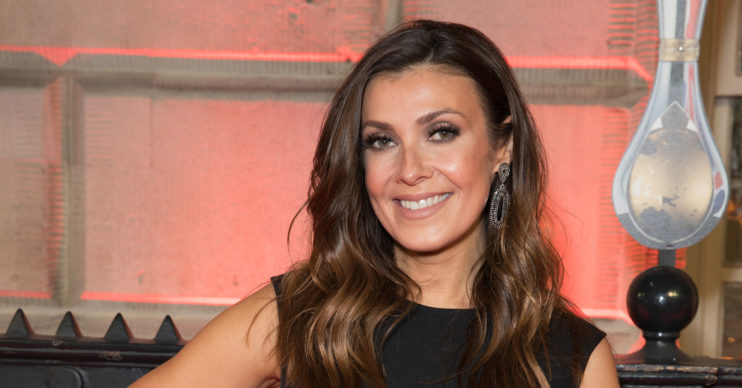 She issued a health update after visiting her GP

Former Coronation Street actress Kym Marsh has sought a doctor’s advice after fans spotted a ‘lump’ on her arm.

The mum-of-four, 44, shared a striking photo of herself working out with a kettlebell.

It showed off her toned physique in shorts and a crop top, but some fans were left concerned.

A large lump appeared to show in her armpit as she lifted the workout tool.

One user wrote: “You hare a lump in your underarm xx.”

Another user urged: “Lump, get it checked xx.”

And a third asked: “I was just wondering is your arm okay, there seems to be a lump?”

However, days later Kym went back to the post and updated the snap’s caption.

She added that she had gone to the doctor and thankfully, the lump is fine.

She addressed her some 425,000 followers, and reassured them that she simply had an inflamed muscle.

Kym wrote: “Just so you guys know… after the recent photo and people’s concerns over the ‘lump’ in my armpit, I went and had it checked anyway.

Moreover, many of Kim’s fans also praised her fitness efforts.

One user told her: “Since this lockdown you have took on your exercise seriously. Well done, Kym. I remember when you first started out 15 minutes in and out of puff. Now look, 5k run and now kettlebells. Well done.”

Another user queried: “I’m 42 and can only wish to be as fit as you, Kym. How do you manage to find the time?”

And a third complemented: “I wish I had your motivation! You look stunning x.”

Kym stepped down from her role as Michelle Connor on Coronation Street at the end of last year.

She has gone on to present television shows and appear in a theatre production.

Taking to Instagram, she shared that she would be presenting a show on C&I – The Crime and Investigation channel.

She wrote: “I’m so excited to announce that I will be presenting a new series for the C&I network. Murder at my Door, airing later this year!”