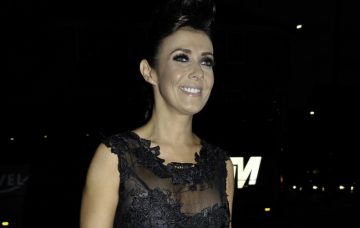 Kym Marsh has addressed claims her Coronation Street co-star Jack P Shepherd is one of the highest paid actors on the soap.

The 43-year-old wrote in her new OK! Magazine column that nobody within the cast actually knows who the highest paid actor is and, even if they did, they wouldn’t care.

Kym, who plays Michelle Connor, said: “There were reports last week that stated that Jack P Shepherd was the highest paid actor on Corrie, but we don’t talk about how much we earn at work.

“In the past I’ve read I earn a different amount to what I actually do.

“No one knows and, actually, no one cares!”

Read Kym’s full column in the new issue of OK! Magazine, out now.

Kym spoke out following reports last week that Jack, who plays David Platt, had signed a major money new deal to stay on the ITV soap for the foreseeable future.

A source claimed Jack had impressed bosses with his portrayal of recent hard-hitting storylines including character David being drugged and raped.

“His handling of the recent rape storyline has been moving and very well received by the ­audience. And his new deal is richly deserved.

“The bosses are aware that stars are keen to maximise their earnings and his new deal reflects their desire to keep top talent in the show,” said the insider.

Jack was widely praised by both fans and critics for his portrayal of David in recent months, and earned himself a nod for Best Actor at Monday night’s Inside Soap Awards.

Who is your favourite character on Corrie? Leave us a comment on our Facebook page @EntertainmentDailyFix and let us know what you think!