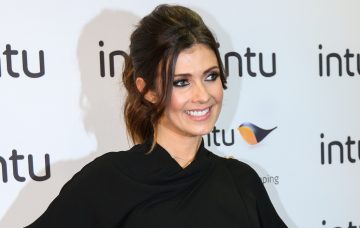 She'd be delighted to see her pal back on the cobbles

Coronation Street star Kym Marsh has pleaded with her pal and former Corrie star to make a return to the ITV soap.

Writing in her OK! magazine column, Kym – who has played Michelle Connor for the past 12 years – demanded Suranne comes back as Karen MacDonald, to sort out her hubby, Steve.

Kym said: “Suranne has said she would consider a return to ‘Corrie’ if it was for Comic Relief after hearing that her on-screen husband Steve McDonald had a secret child last year.

“Suranne has done brilliantly since leaving the show but I think a lot of people still remember her from her time on the show, so it would be good fun to get her back for a short stint – and Steve could certainly do with someone sorting him out!”

Since then, she’s gone on to carve out a brilliant career in TV drama – most notably the smash-hit BBC One show Doctor Foster.

And she’s apparently now looking to start a career behind the camera, as a producer in Los Angeles – something Kym is extremely impressed by.

The former Hear’Say star added: “I heard that she’s been having talks in Los Angeles to become a TV producer, which is very impressive. It’s always nice to see a former co-star go on to do so well.”

Suranne recently revealed that she isn’t totally against a Corrie return for fan favourite Karen.

She said: “I didn’t know Steve had a baby – that is news to me and I am gobsmacked.

“I don’t have time to keep up with Corrie but I’m friends with Jennie McAlphine and Antony Cotton so I do catch up.”

She added: “If it was for a good cause and we were going to raise a lot of money, I’d ­definitely consider it for Comic Relief.”

Would you like to see Karen back on the cobbles? Leave us a comment on our Facebook page @EntertainmentDailyFix and let us know what you think!