There is no rivalry like sibling rivalry and it seems the Kardashians are just the same.

Earlier this year, Queen Kim sent the web into mass frenzy after she posted a naked selfie in her bathroom mirror with those awesome curves and new blonde locks on display. 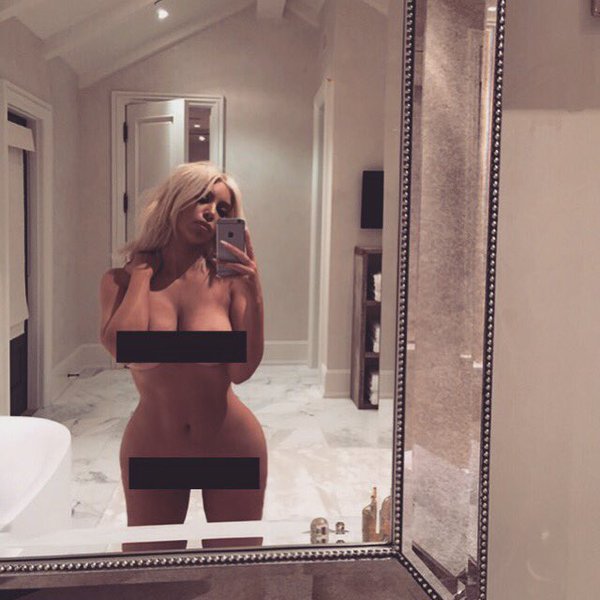 Kim broke the internet with her naked snap

Now her younger half-sister Kylie Jenner has followed birthday suit. Similar curves, same hair…only this time there are no black lines to censor the sensuality.

Kylie, 19, snapped her stunning curves in the reflection of a full-length mirror, surrounded by ice white fur, candles and flowers. 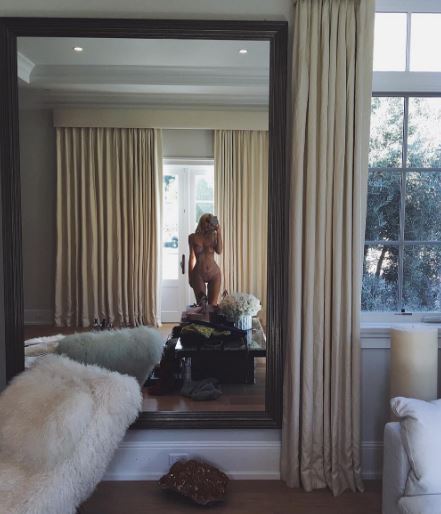 Kylie followed in her half-sister's footsteps

Either that or Kylie needs to tidy up.

There was no caption under the fresh, sexy snap. Perhaps it should have read ‘Anything you can do I can do nuder’.

They do look very similar...

In one she can be seen pouting seductively for the camera with a nude-coloured gloss applied to her cosmetically enhanced lips.

In another she vamps it up a deep berry hue while casually leaning on a marble counter-top in her kitchen.

In just a few hours Kylie's nude (ish) post had already drawn 1.1million likes but then again Kylie has 74.7 million Instagram followers so perhaps her pic isn’t going to ‘break the internet’ in the way her older sister’s did.

Does she want to be Kim?!

We all love Keeping up with the Kardashians but is this a case of Kylie trying to keep up with Kim?