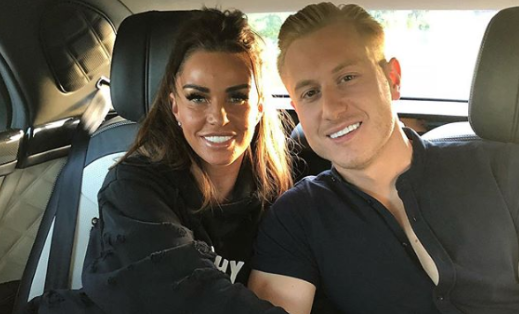 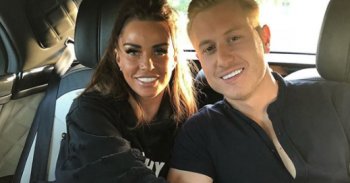 He slams her bad eating habits

Katie Price’s boyfriend Kris Boyson has claimed that the reason she ended up having a facelift is because of all the unhealthy food she eats.

Fitness trainer Kris grilled the star on her eating habits in a new episode of her reality series, My Crazy Life.

As they went through her kitchen cupboards, Kris was astounded at what Katie had been eating, including crisps for breakfast and sugary marshmallow spread on toast.

And he certainly didn’t hold back when it came to telling her what he thought!

When Katie explained that she eats marshmallow spread because it’s “not fattening”, Kris said: “You wonder why you’ve put on weight. Are you on a wind up? It’s pure sugar, Kate. You’re not eating that.”

Katie, 40, added that she thought bodybuilders ate it because it was low fat!

Kris then put the boot in by telling Kate the reason she needs surgery is because of her unhealthy eating habits.

He said: “Do you think if you didn’t eat all this crap and looked after your body, you wouldn’t need a facelift?”

Katie seemed to agree adding: “Well, let’s change it then.”

One wrote on social media: “Do you think if you looked after your body, you wouldn’t need a facelift. He doesn’t mince his words.”

Another added: “Harsh but fair?”

While a third commented: “He’s rude.”

Kris’ comments come after Katie ended up having a corrective facelift last year. Her previous facelift went wrong and left her skin puckered.

She even livestreamed the gruesome procedure to her fans!

The former glamour model has been open about her past surgery.

Katie has had extensive work done over the years. As well as two facelifts she has had a nose job, nine boobs jobs and Botox and filler in her face.

Read more: Katie Price’s terminally-ill mum Amy breaks down as she talks about her funeral

The mum-of-five recently complained about her unhealthy lifestyle and admitted she wants to do something about it after gaining a stone-and-a-half.

Well, it looks like Kris is certainly going to put Kate through her paces!