Presenter Konnie Huq compared leaving the EU to getting heads chopped off in a sensational rant on Channel 5 talk show Jeremy Vine.

The former Blue Peter host, 44, had something of a meltdown earlier today (02.09.19) as she engaged journalist Yasmin Alibhai-Brown and radio presenter Mike Parry in a lively debate about the UK's imminent departure from the EU.

"Mike, would you want Brexit to happen now if suddenly the new term was that everybody's head gets chopped off?!"

Mike was arguing that the country should leave the trading bloc on October 31 whether the consequences of doing so are fully known or not.

But Konnie demanded: "Mike, would you want Brexit to happen now if suddenly the new term was that everybody's head gets chopped off?" 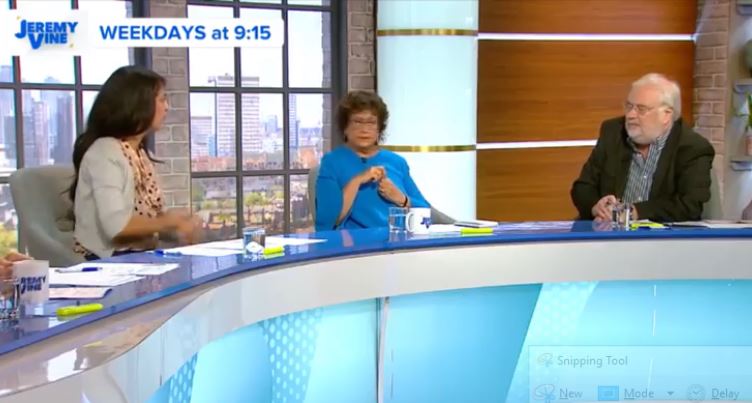 Mike told her, "No" and Konnie continued, sarcastically: "But why? People voted for it. Why are you changing the goalposts? I'm saying, you can leave the EU, you just have to have your head chopped off. Do you not understand?"

Mike argued that she was asking a "nonsensical question" but she ploughed on: "I'm sorry, how is that any different? It's a term and condition. You have your head chopped off, we leave." 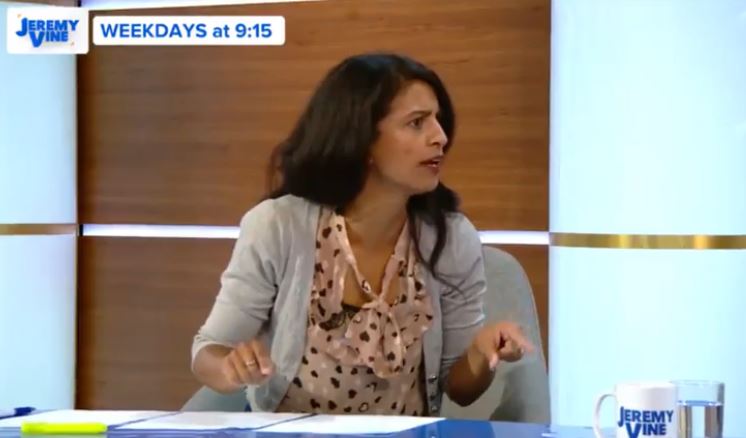 Viewers weren't happy with the way the debate played out (Credit: Channel 5)

At that point, host Jeremy had to step in and laughed that Konnie's argument was a far cry from her presenting style on Blue Peter.

But a number of viewers weren't happy with the way the debate played out, with some threatening to get Ofcom involved.

Would you want Brexit to happen now if suddenly the new term was that everybody's head gets chopped off?

One tweeted: "Ofcom complaint submitted. Cutting off heads? Really? Not a joking matter. Get better female panellists - ones capable of debate and retaining their toys within the pram. Screeching banshees."

Another wrote: "What a nasty and horrible description of Brexit. @JeremyVineOn5 should have put that statement down immediately @Ofcom."

Mike took to Twitter to laugh it off afterwards, sharing a photo of himself smiling between Yasmin and Konnie and jokingly calling them "feisty firebrands".

But one viewer told him: "Don't defend ugly behaviour, Porky. If the genders were reversed, Ofcom would be deluged by complaints of bullying." 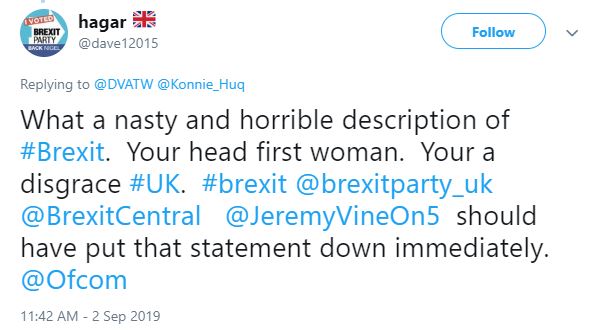 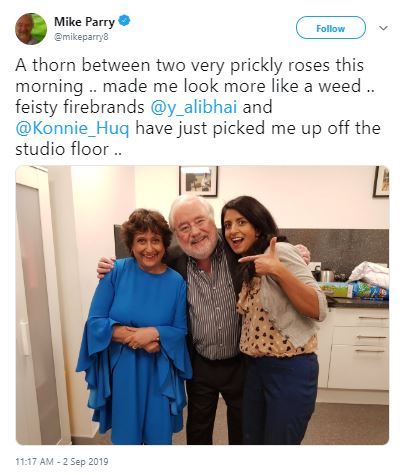 The UK is due to leave the EU at the end of next month, following the result of the Referendum in 2016.

Konnie's not the only celebrity to draw flak for comments about Brexit in recent weeks. Earlier this month, telly chef turned restaurateur Jamie Oliver said it was partly to blame for the collapse of his restaurant empire.

The 44-year-old said that economic uncertainty surrounding Brexit has caused customers to dine out less, telling listeners of BBC Radio 4's The Food Programme: "The world changed, the high street changed – it started to become Uber-fied. Our competitors changed, and we looked less different to them. There's that chain reaction, throw in a bit of Brexit, confidence goes and people's habits changed."